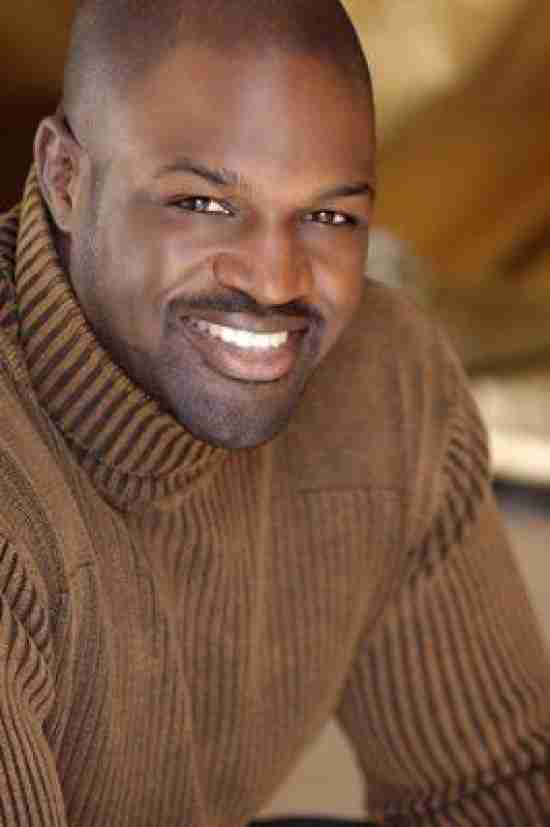 25 Feb
2016
Not in Hall of Fame
Often when I conduct an interview for Notinhalloffame.com, I have a fairly good idea where I want to take the interview.  With former New York Giant and current Hollywood actor, Jarrod Bunch, I was able to ask everything I wanted, but as it unfolded our conversation went to places I was not expecting and I received an education on an industry that I had never explored before.

Considering how Jarrod Bunch has been defying stereotypes for decades, I shouldn’t have been surprised.

Jarrod Bunch had a dream to play football for a storied Division One school and make the National Football League, and he did, playing Fullback for the University of Michigan and becoming a first round draft pick of the New York Giants.  That in itself is impressive, and makes him the envy of most armchair warriors, but if you have read other interviews that I have conducted there is far more to Bunch than what he accomplished on the gridiron.

My main objective was to get to a Division One College and to get a scholarship to play there.”

So when was the point in your career where you planned you’re post-playing career?

“My thinking was that I was first going to play professional football when I interviewed him (Kinicki).  I told him that I wanted to play pro football but that I only wanted to do it for three or four years.  Even at that age I knew that you would get injured.  I wanted football to get me started to do something else.  I wanted to use the connections that I made in professional football to get into other things and into another career.”

Was acting something that you thought of early on?

“Not necessarily acting.  Maybe reporting, or being a commentator at games, and I did do that for a little bit.  Right after I was done playing I was working for Comcast doing high school games, but that wasn’t my thing.”

Is it safe to say that you wanted to embrace more of the creative process?

“I have read a couple of times, and I didn’t realize it at the time, that you were in one of my favourite HBO Films, Only In America, the Don King biopic, where you played George Foreman.  You were great in that.

I had to battle many other actors to get that job.  The auditioning process that I went through, that helped make me an actor.”

I have heard former athletes turned broadcasters say that one of the most flattering things that they can hear is when younger viewers are surprised that they were former players.  I imagine there is a parallel for yourself as you transitioned to actor and producer.

Granted with your size, I assume people naturally assume that you were or are an athlete at some point.

“Yes, you are absolutely right!  Actually, that is more of a compliment too!  I’m 47 years old and I still look like an athlete!  (laughs)

I am a few years younger than you, and I do not look like an athlete!  My natural Botox of thirty extra pounds helps me look younger!

“(laughs) I take it all as a compliment now.

What helped you channel George Foreman?  Foreman’s career has always been vey interesting to me.  When he fought Muhammad Ali in Africa he wasn’t known as the charismatic boxer he would become later.  At that time of his career, he was very much angry.

“What made it simple was the situation.  He was the biggest and baddest man that was boxing at the time.  I trained and made my body look really tight to play him.  I looked the part and it helped making the scenes in the ring really easy.  It was a look and a feeling of that person.

When it came to playing him (Foreman) in Africa it was real you know?  I know his brother personally.  His brother had a show in New Jersey when I was in Atlantic City and I did his show.  We stayed in contact and that made it really easy knowing his brother and being a professional athlete myself, knowing some of the feelings he might have on fight day or being a winning or losing fighter.  I just used those feelings.”

In that film, you were cast with some very experienced actors, Ving Rhames being the lead of course.[iv]  I said yes and they told me who it was and that he was a jiu-jitsu person.

The injury that put me out of football put me in touch with a guy who was a martial artist and we did training for years but not competitive fighting.  It was tai-chi for my knee and it was great for my health.  They thought I was trained in martial arts and I took the fight knowing that the guy knows jiu-jitsu, but I am a tough guy.  I have won tough man competitions and knew the fundamentals of boxing, but the guy got me in a chokehold.

Afterwards, I am thinking what is this jiu-jitsu stuff about and I went to go train in jiu-jitsu and it would become another thing I did every day, sometimes twice in a day.  I started competing in it.  It made me think about doing more MMA fights.  I took that fight without really knowing what I was doing, but I didn’t want to get cut up for the little money they were paying and risk my face for auditions or not get acting jobs because I have this injury or that injury, do I just do jiu-jitsu and I started winning all the tournaments.

I got my black belt in five years.  I still fight in tournaments at 47 years old.  I won the Pan-Ams last year.[vi]  I trained him for a couple of years as his strength coach, and that was when he was heavyweight champion and he is still heavyweight champion!

I have met a lot of people through just jiu-jitsu, MMA and it’s like tree branches.  It reaches out and multiplies.”

One of the biggest roles you had recently was in Django Unchained, so much so that if you Google your name that is one of the first things that comes up.

“If you look on IMDB I have 30 some credits in movie and television.”

I spent some time on your IMDB page prior to contacting you.[viii]  Before this project started I was trying to get in on that.

It was frustrating for me though because a former football player couldn’t get in on a football movie, but there were times when I would audition for other things they would say ‘Oh, he’s a football player!’  It makes you wonder what the hell do I do?”

I could argue that Terry Crews takes all your roles!

“Terry’s a great guy and he works his butt off too!  I know him.  We talk, though we haven’t talked in a while, he hasn’t had the time to talk!  He is a hard worker.

When you have somebody that really likes you, they’ll push you.  He’ll tell you that.  Stallone is always pumping him up to somebody from when they first did the Expendables, the first one.  When you have a buddy like that, and when you also have (Adam) Sandler it helps.  Sandler loves him because he’s a good guy.

Then he goes on and does TV Shows and hosts shows.  There are some people who you are glad that they have done well.”

I have to ask, what was your favourite sports film?

“Off the top of my head the original with Warren Beatty, Heaven Can Wait.  North Dallas Forty, The Longest Yard, the original one with Burt Reynolds.”

That is one of my all-time favorites for sure.

“I don’t know if you consider this a sports movie, but my favorite movie is Let’s Do It Again with Sidney Poitier, Bill Cosby and Jimmie Walker plays the boxer.  Actually, it was that movie that inspired me to be a licensed hypnotherapist.[ii] Kinicki had a nine year NFL career, seven of which were with the Cleveland Browns.

[vi]Werdum is a two time World Champion in Jiu-Jitsu and is currently ranked #5 in the pound for pound rankings from UFC.

[viii]That doctor would be played by James Woods in the movie.

More in this category: « Interview with Former Denver Bronco, Orson Mobley Interview with Johnny Mantell, President of the Pro Wrestling Hall of Fame »