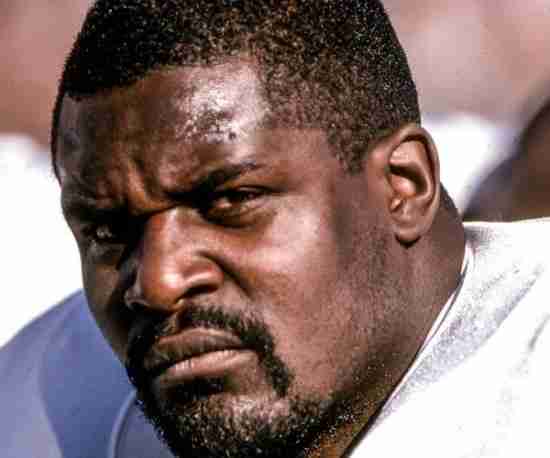 31 Oct
2015
Not in Hall of Fame
To get to the play in the Super Bowl you obviously have the necessary skill to first compete in the National Football League and the luck to be on a competitive team.  Former Tight End Orson Mobley not only played in the Super Bowl for the Denver Broncos, he was at the big dance three times.

As a Professional Football player, Mobley caught 84 passes for 1,019 Yards with four Touchdowns and as a member of three AFC Championship Teams he had a pro career to be proud of, though it was he accomplished off of the field long after he retired from the gridiron that he is most proud of.

Mobley would be suspended in 1989 for drug use and would be out of the league the year after and would for years deal with substance abuse issues; a topic he has been open about in interviews, but more importantly with young athletes so that they do not fall into the same pitfalls that befell him when he was young man.
Rather than focus on what he has done wrong in his life, Orson Mobley has chosen to mentor others and has done work as a motivational speaker.  We had the opportunity to talk to Orson about his college career, his time with the Denver Broncos and how he has worked with youngsters to help them understand how choices in life can have ramifications in the future.

The first thing I would like to ask you is what drove you to try motivational speaking?  Clearly, you have a unique story to tell, but not everyone who does, elects to try their hand at that.

“Just the simple fact that back when I played and when I got to the NFL it was made clear that the organization and the coaches were going to make sure that I had everything I needed to be successful on the field and when it came to off the field stuff, I was left to my own devices.

Growing up without a father figure, and I don’t know if you would call it a curse, but being very good at athletics in high school I was pretty much allowed to do whatever it was that I wanted to, which was not always the best thing for me.

When I look back on life on the decisions I made and the things I did and how it is now affecting me today, I want to give young athletes the opportunity to see things really are and make better decisions.”

You were a highly recruited athlete coming out of Miami.  You chose Florida State.  Was (the University of) Miami and Florida going after you too?

“Yeah.  A lot of that too was because I played baseball and a lot of schools were interested in that.  I was recruited heavily by Florida, Florida State, Miami and some other schools, but those three were the main ones.”

What made you choose Florida State?

“I had never been anywhere and I did not want to stay in Miami and the first thing is when I showed up (at Florida State) and I was a big fan of Ron Simmons and on my visit I pretty much hung out with him.[ii]

He had to keep his word on that but then I got injured and he (Bowden) kind of made me quit, so I really didn’t get the opportunity.  Some of it was my own doing with the academic stuff.”

You then transferred to Salem.  How did that come about?

“I wasn’t doing anything.  I was looking at getting back into baseball and I had a couple of calls from a couple of professional baseball teams to come and work out.  I got a call from Terry Bowden[iv]

How was that living in Salem?  That was in West Virginia right?

“Yeah it was…(laughs)…it was different.  It was a shock.  I can remember driving into town and I was watching this guy cutting his yard, and he had a big long string at the end of his mower so that he would let it go down the side of the mountain and then he would pull it back up again.  I was looking at that thinking ‘where am I?’”

I remember driving through West Virginia thinking the same thing.  I have always said their state color must be camouflage.   There was certainly credence, to Terry Bowden’s pitch.  You weren’t the only person to come out of Salem to go the NFL.[vi]

That’s got to be so different for a kid from Miami.

When you were drafted in the sixth round going to Denver, did you have a mindset of I don’t care who drafts me, or were there teams that you had a preference for or desire not to play for?

“My thing was just to get to the NFL.  I screwed up my chances to be a first round draft pick when I flunked out of Florida State and they were talking about pushing me for an All American, but my main goal (at Florida State) was to make it to the NFL.  Class wasn’t important, school wasn’t important and that is what I talk to the kids today about.

That was one of those decisions I made without really thinking about it and how it would affect me.  When I talk to young athletes about having character and discipline and how you produce discipline is doing the things you don’t like when you’re supposed to do them.”

And you are doing that in schools in South Florida right?

Oh, in North Florida.  So to the schools there I presume.

And the reception has been pretty good?

“Yeah, I have a good friend who was a Running Back with the Jacksonville Jaguars, Anthony Johnson who I knew in my short little stint with the Colts.[viii]  We found an apartment complex close to the practice facilities so we both got apartments there.  We were pretty tight, as was (Wide Receiver) Vance Johnson and (Wide Receiver) Ricky Nattiel, but I mostly hung out with some of the Defensive Line.”

I imagine you are asked about playing with John Elway on a regular basis.  How did you find working with him?

“The one thing is that John liked throwing the ball down the field and the routes that we had for Tight Ends weren’t very great.  The Tight End is used much differently now, and are more featured now, just looking at Rob Gronkowski and a lot of times he doesn’t have to be open; he just swallows up defensive backs because he is so big, but back then John liked to throw downfield, but he could also scramble, so I knew that any time that there was a time when that happened there was an opportunity for me to catch the ball even though my name wasn’t called.”

You are segueing into something that I really wanted to ask you.  The NFL has altered a lot of the rules, and in terms of concussions they have become more aware of the danger that can occur to players.  I would like to know what you think of the recent rule changes to protect receivers?

“I like the changes.  The guys are so much bigger and faster now.  You got guys who are 260 pounds running a 4.4 or 4.5 or something like that.  I think it is good to try to protect these guys.  When it is all said and done it is still football and guys are flying around out there trying to stick your shoulder without putting your helmet in which I am pretty sure has been a hard change for many of these players to do.  I think overall it is what is best for the game.”

“I can’t really go into any details other than I know that for a fact that back when I played a lot of my concussions weren’t on record.  You get hit, you go on the sidelines and they ask you how many fingers they are holding up and if you don’t get it right, they hold you out of the game for one minute and put you back in there.

That was the concussion test back then.  Now it’s a lot different.  You go through a battery of tests and they can’t get back on the field until they pass it.  Concussions are a tricky thing, because once you have one you are susceptible to having another one.”

We certainly know a lot more about concussions than we did back then.  I was on your website (orsonmobley.com) and you told a great story about your former teammate, Tom Jackson.

“Oh yes! (laughs)  Tom was a great guy.  When I was a rookie, we had a coach who was all about practicing the way you played and every opportunity was a chance to get better.[x]

“He was fortunate, I mean he was a great Linebacker and was part of the Orange Crush, but he really didn’t have that superstar name.  Most of the guys they get now are Hall of Fame guys, you know really big names, guys like Ray Lewis, but some of those guys got in before that was a criteria.[xii]  I was seeing for the first time was the consequences of my actions and that I still had some growing to do.

About seven or eight years ago I got an infection in my foot from being a diabetic in my blood stream.  It was really serious and I almost died from it.  It was then that I decided to give my life to Christ and view things differently and I haven’t looked back since.”

What is next for Orson Mobley?

“One of the things that I am looking to do but I haven’t set it up yet is with a Huntington College and they were looking to hire me as a scout/mentor so I’m really looking to God to open the door to mentor these rookies and help where I can.[ii]Bobby Bowden is one of the most successful coaches in college football history with a record of 327 – 129 – 4 with 20 bowl wins and two National Championships.

[iv]By transferring to a non Division One School, he would be allowed to play and not sit out a year.

[vi]I checked after our conversation.  The 2012 census had the population at 1,586 people.

[viii]Denver had two 6th Round picks that year.  Mobley went 151st overall and Jackson went 161st overall.  Jackson would play nine seasons in the NFL, the first seven with Denver.

[x]Jackson joined ESPN in 1987, and has been with them ever since.