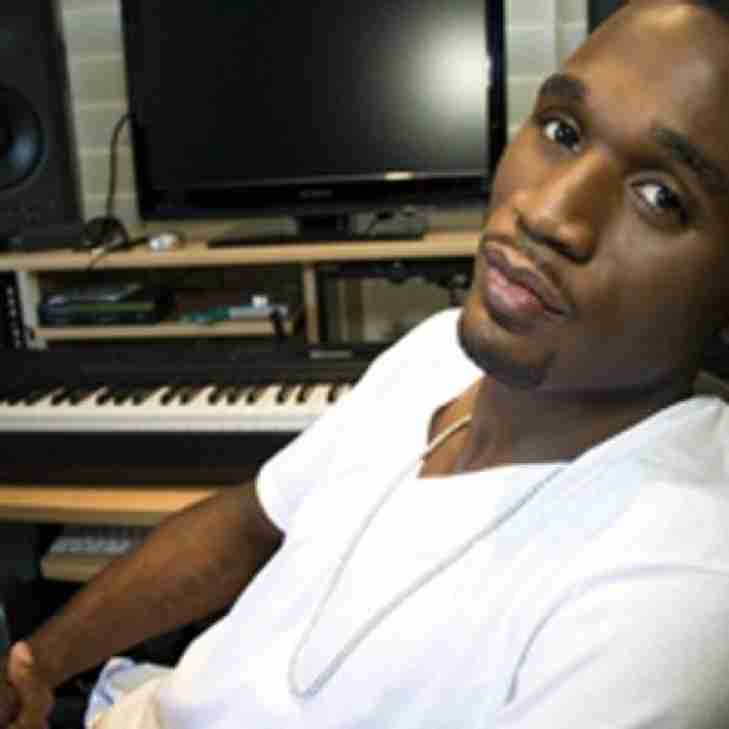 22 Apr
2015
Not in Hall of Fame
The athletics and the arts aren’t supposed to be intertwined, or at least that is what we are taught to think.  Athletes are supposed be one-dimensional and only capable of playing sports.

I can’t tell you how much I love breaking that stereotype!

I had the pleasure of interviewing Kareem Rush, a former member of the Missouri Tigers and the Los Angeles Lakers who you probably remember for sinking a plethora of three point shots on Sportscenter, however Rush opened up the eyes (or ears) of many people when he appeared on TMZ and sang Sam Smith’s “Stay With Me”, and was applauded by fans for how well he could sing.
For many, this was the first time that they had heard Rush’s singing voice and he proved what anyone who already knew him personally had been aware of for years; the man can sing!

I first heard Rush sing when an ESPN article spoke of his transition into music and soon after I heard “Hold You Down”, an excellent R&B song that channelled some of the great 1990’s stars of the genre.  This wasn’t a vanity project because an athlete could get into a recording studio; rather this was a well-crafted debut effort that showed a true passion for the craft of singing and left you wanting to see what his next effort would be.

Now I may have been aware of Kareem Rush’s prowess on both a basketball court and with his vocal chords, I learned about his other pursuits and how he is in the process of building a global brand.

In talking with Kareem, we spoke about everything that he has working on, including what’s next for him musically, a return to basketball and the multitude of projects that he is working on, and the emergence of a true renaissance man who I wouldn’t bet against.

I had the pleasure not that long ago of interviewing another former basketball player, Terry Cummings who among other things is now involved in a career in gospel music, and some of the questions that I am going to ask you will probably be a little similar.

Do you find that as an ex-basketball player that it is more difficult for people to take you seriously as a musician?

“You get caught up in the stigma of athletes who have ventured off into it.  You know like Shaq or more of the notable guys who attempted music.  I think some people look at it as a gimmick but there are some guys who look at music as a passion.

I’m talking about Wayman Tisdale[ii], Jerry Stackhouse and I know a few of the guys now who are in the league are very passionate about music.  I think at this point the stigma is there and there will be people who think I only have one talent, but the tide will turn and you have push through that and let the music speak for itself.”

I think that going into R&B certainly works in your favor as so many people have gone into Hip Hop and Rap thinking it would be easy, and it is certainly not.  R&B is such a rich and textured style of music and mastering that is such a difficult thing to do.

In previous interviews you have mentioned that one of your biggest influences was Maxwell.  I am curious if you remember what was the first CD that you ever bought, or the first one that you put on heavy rotation when you were a kid?

“My first favourite group growing up was probably Jodeci, that would have been my first real R&B group I was into, but music was always around.  My mom listened to a lot of old school like Ronald Isley and Frankie Beverly so I was around that a lot, but my first introduction to R&B was Jodeci and Boyz II Men.  It was the blueprint that taught me how to sing and make me think that I could do this because I could sound just like these guys and it made me think that is something I could do down the road.

Basketball took over for my focus when I was nine years old, but along the way I always sang.  I sang at my high school choir and anybody who knows me, knows how much I sing, and it doesn’t surprise people who know me that I am pursuing a career in music.  They are happy that I am doing something about it and pursuing it.”

So many times we see athletes mingle with celebrities.  Has there been anyone from the music world who has given you positive encouragement in your music career?

“No, not yet.  But the feedback that I have gotten has been really good so far.  I just recently did a TMZ interview…”

“I was a little upset about it though.  At least give me some kudos!  I did that without warming up, I did it cold in my kitchen.[iv]

But you have performed in front of that many people before when you were playing.

“It was completely different.  It was something very new for me, but it was a lot of fun. I knew I could do it because I wasn’t too nervous but obviously I did have the butterflies”

Was it more so because your ex-teammates were there?

“No, that made it more comfortable.  Before I went on I talked to the guys and it put me at ease, and then they came up to me and said it was time to go on.  I didn’t have a chance to think about it again and be nervous.  I just went up there and did my thing and got it done.”

Is there any musician that you are thinking would be the perfect person for you to collaborate with?

“Not really.  As an artist you want to work with everybody but I am so focused on honing my sound and I don’t want anything to take away from what I am trying to be as an artist.  I think with my story and what I am doing musically and my confidence, that my music speaks for itself and it will let people see who I am.

Maybe down the road after I get a couple of successful singles then sure I would love to do that with some of the bigger R&B, whether it be a female artist or maybe dive into to the rap game, but that is down the road.  Right now I am focused on building The Gentlemen Brand.[vi]

“Absolutely.   The CBA, The Chinese Basketball League, I actually created the first digital platform that focuses on American sports and American entertainment.  It is called muho.tv.  In our first year out we got 700,000 unique visitors.  We have a great partnership there so I wouldn’t mind going over there cross promoting.”

So clearly you are branching out in so many ways.

“That’s really it.  I’m trying to mimic Magic (Johnson) by going in multiple avenues.  I’m starting all of these things that I am a part of and am starting to build a global brand from fashion to entertainment to charities.  My foundation, the Rush Forward Foundation are really targeting the L.A. school districts to work with anti-bullying and obesity issues and I feel that if I can get back to the NBA that I can make this cause and my brand even bigger.  It can open so many doors; it gives you so many eyeballs.”

I am glad you brought that up.  That is how we first were able to come in contact as I had the pleasure of interviewing Daniel Puder who mentioned he was working with you on anti-bullying.  That is something that has become a real hot topic, and I will ask you the same thing I asked Daniel.  As someone with your size and success athletically, you aren’t someone who people would automatically think could identify with the bullied.  How did anti-bullying become a cause that became important to you?

“I love kids, and I attack every issue.  We are starting with anti-bullying because it is such a big issue now in the schools that I’ve been working with in Los Angeles.  That is the biggest issue that they are dealing with is bullying.  As an athlete is my goal to show that there is a different way and that you don’t have to be mean.  We are looking at the cause, the kids who are doing the bullying.  It might extend somewhere from home and what they are dealing with there, so we want to tackle that where we can.

As far as the kids being bullied, I can surprise the kid for a day, take them out to lunch and change that culture, and make people think why are they picking on this kid today?  That’s my buddy, that’s a cool kid; that is someone who I want to change how people think of him.

We actually partnered with the producers of American Greed[viii]

Writing is something that I am definitely working on and it is a process that I will continue to develop over the course of my music career.”

Bringing up March Madness, you had a deep run with the Missouri.[x]

Now that Kim Anderson is down there, I knew him with when he was there with Norm Stewart [ii]Cummings also forayed into R&B.  https://www.youtube.com/watch?v=cKOB416A9j4

[vi]He played for Lietuvos Rytas and was the Finals MVP.  He was also named the All Star Game MVP.

[x]He’s right.  There have been four since he left the program.