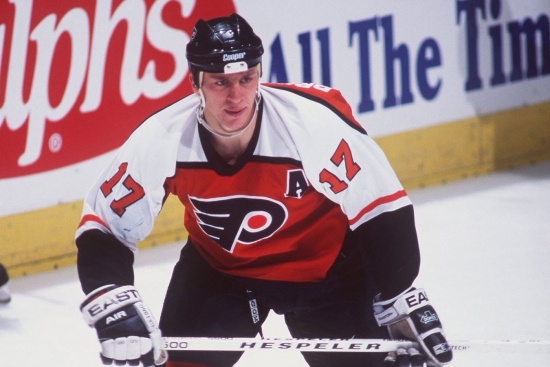 The Centre would score 601 of his 1,184 Points with the Flyers and he would have six seasons where he had 74 or more Points while playing there.  An All Star in 1992, Brind’ Amour really developed his two way game and leadership as a Flyer, which he would use later in his career, most notably with the Carolina Hurricanes where he was their Captain and would help them win a Stanley Cup.