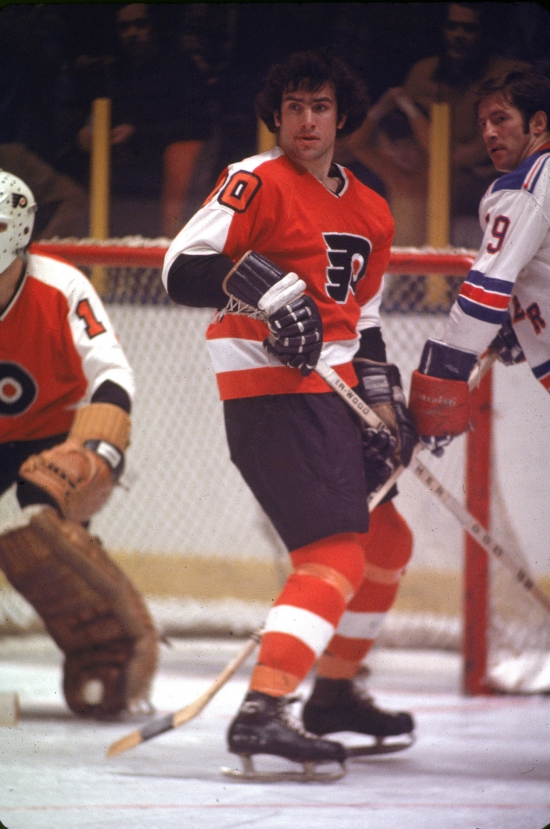 Watson played in the National Hockey league for ten seasons and all of them were with the Philadelphia Flyers.

Watson was a more than solid blueliner who was big and imposing but was a smart player who did not accumulate a lot of penalties.  Watson could be used on the penalty kill, power play and was an adept playmaker when he needed to be.  Watson was a five time All Star who helped the Flyers win back to back Stanley Cups in 1974 and 1975.