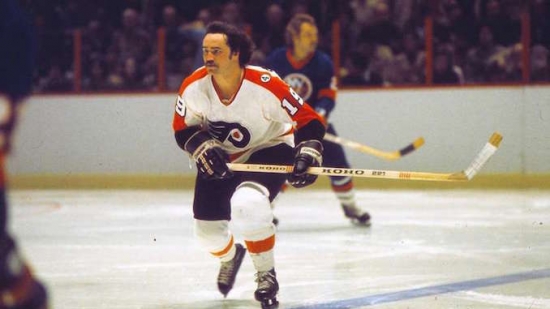 Rick MacLeish spent the 1970’s with the Philadelphia Flyers where he parlayed his slick wrist shot and two way play to compliment the Broad Street Bullies.  Early in his career, he had a 50 Goal and 50 Assist season for an even 100 Point campaign, all of which were career highs.  While he was a little unique in having his best offensive season early in his career, he still maintained high production over his Flyers career with three more 90 Point seasons.

The three time All Star was a major force in Philly’s two Stanley Cup wins in the 1970’s where in both playoffs he would be the top scorer with 22 and 20 Points respectively.  The first Cup win, MacLeish was especially on fire as he was also the top Goal scorer with 13, 4 of which were Game Winning.