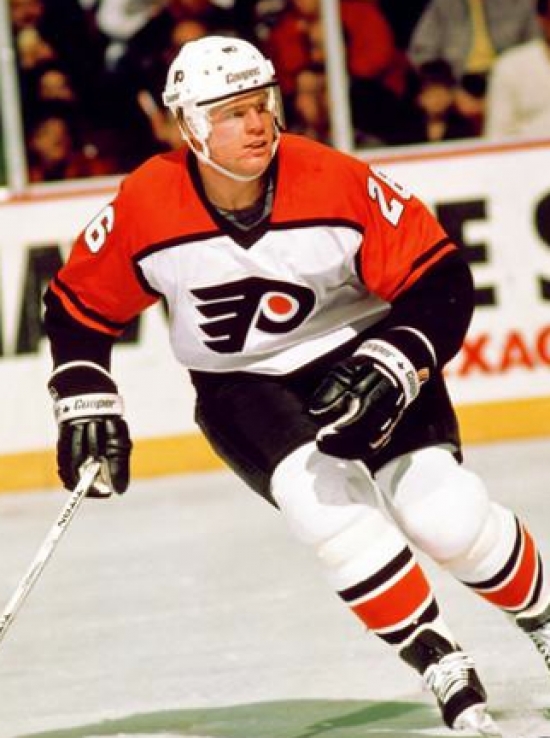 Third all-time in franchise history in Points (849) and Points per Game (1.07) was the offensive star for the Philadelphia Flyers throughout the 1980’s.  The Left Winger would have four seasons of 90 or more Points but was also adept at checking and the defensive aspect of the game.  He would go to four All Star Games, had a tenth place finish in Hart Trophy balloting in 1986 and was second overall in Playoff Scoring in 1987 when he took Philadelphia to the Stanley Cup and pushed the Edmonton Oilers to a seven game series.

While Propp was a complete player, he wasn’t necessarily an elite player but certainly a Hall of Very Good Player that the Flyers were lucky to have for so many years.