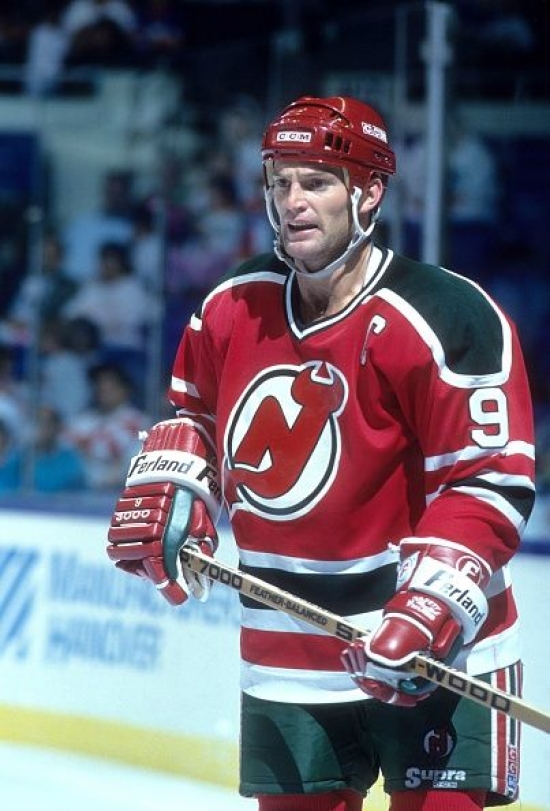 The New Jersey Devils had the number two choice in the 1984 Draft, and since they were not going to get Mario Lemieux (who went number one) they went with Kirk Muller, who was a damned good player in his own right.

Muller had a good rookie year, scoring 54 Points, and would become one of the leaders of the team for the second half of the 1980s.  Muller built on those numbers with seasons of 66 and 76, and in 1987-88, he was a stalwart on a team that surprisingly reached the Conference Final in 1988.  That year, Muller had a career-high in Goals (37) and Points (94), and he was eighth in Hart voting and tenth in Frank J. Selke Trophy voting.

Muller had three more 70 Point years but was traded to the Montreal Canadiens before the 1991-92 Season.