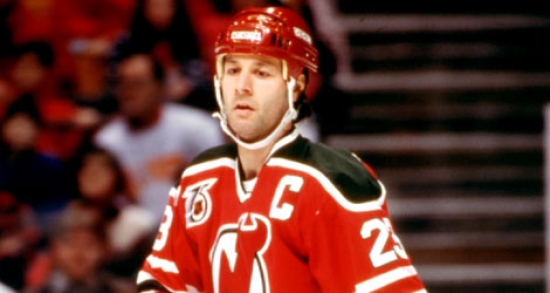 Bruce Driver was a Sixth Round Pick by New Jersey when the team was still located in Colorado.

Driver never made the parent club while the team was the Rockies, but he was back the next year to stay when he did for four Games in 1983-84.

Driver was an excellent two-way Defenseman who had five 40-plus Point seasons for the Devils. He was an early building block on the blueline that would become one of the best in the business, and Driver was a part of New Jersey's first Stanley Cup Championship in 1995.

After the Stanley Cup win, Driver, who had played 11 years with New Jersey, signed with the New York Rangers as a Free Agent.  With the Devils, Driver was one point shy of 400.