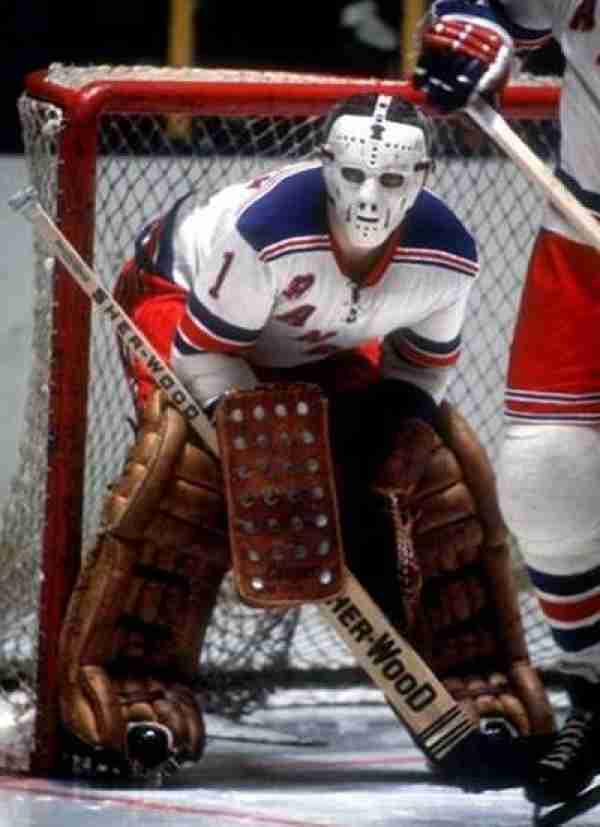 Ed Giacomin may not have won a Stanley Cup during his career, but for a five year period he was one of the top Goaltenders in the National Hockey League. For five consecutive seasons, he was either a First or Second Team All Star and a major reason that the New York Rangers were a top contender. He won the Vezina Trophy in 1971 and three times led the NHL in wins. Giacomin’s playoff performances were always good, so he could not be blamed for not getting the Blueshirts over the hump. His best seasons also took place at the time of behemoth squads from Boston and Montreal which made hockey’s Holy Grail significantly harder to come by. The failure to win a Cup is likely why he waited a bit to get in the Hall of Fame where by Gerry Cheevers (who won twice in Boston, but had inferior statistics) got in quickly. Make no mistake how important winning a Cup is for HOF induction.