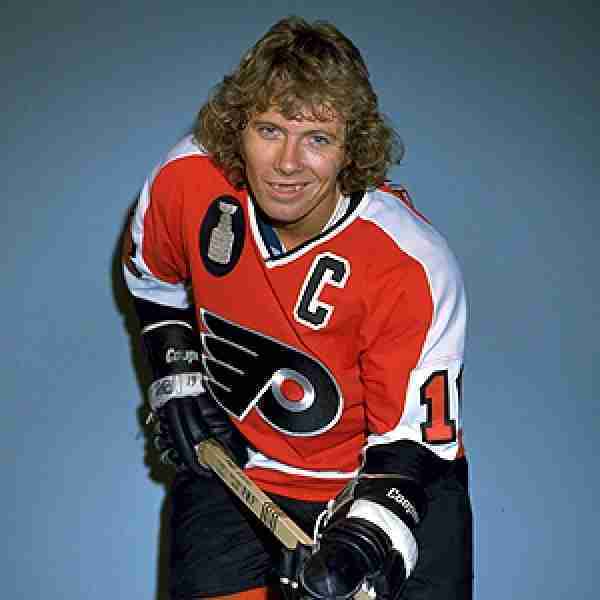 A severe diabetic, many thought for certain that Bobby Clarke would not have much of a career in the National Hockey League. Clarke won the Bill Masteron Trophy in 1972 for his perseverance in becoming a star for the Philadelphia Flyers. Often though, the awarding of the Masterton Trophy usually caps a career; for Bobby Clarke it was just the beginning.


Later that year, Clarke was a star performer for Canada in the Summit Series of 72, where his tenacious play served as a catalyst rallying his country to a come from behind series victory. The Flyers were also in the midst of becoming one of the most infamous teams in the NHL, as Bobby Clarke became the leader of the “Broad Street Bullies”; a collection of the toughest guys in a tough sport. Clarke was as talented as he was fearless, and though it is a cliché to say ‘he led by example’….well….Bobby Clarke led by example!

The Flyers won the Stanley Cup twice and Clarke won the Hart three times. He hit the 100 point mark three times and was named to the All Star Team four times. If you were a fan of Philadelphia you loved him, and if you were a fan of any other team, you despised him. Regardless of what side of the fence you were on you knew that iconic no tooth smile, which could be the most known image of hockey in the 1970’s.

More in this category: Ed Giacomin »