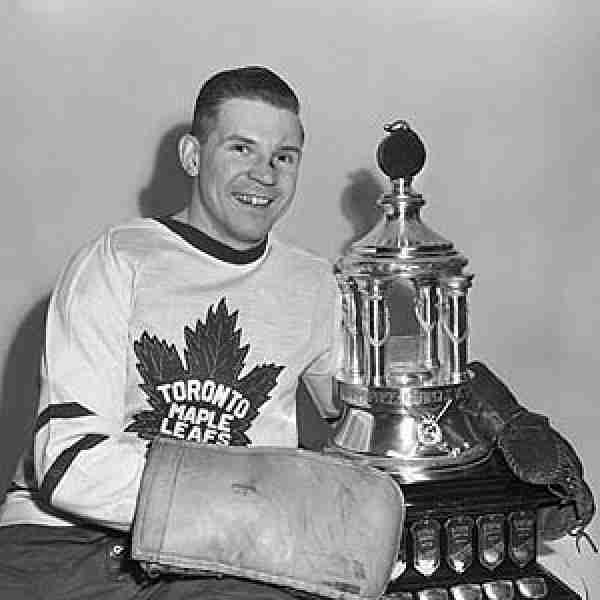 There are a lot of interesting facts about Harry Lumley’s NHL career. He played for five of the Original Six teams (albeit only for one game for the Rangers), and debuted at the age of seventeen. He had an up and down career and won only one more game than he lost. He had the most wins in a season twice, but three times was also led the NHL in losses. He played for great teams and terrible teams, and do you get the feeling that we are telling “A Tale of Two Cities”?


Keeping with the number “two” it was a pair of seasons in Toronto that may have been responsible for Lumley’s Hall of Fame induction. He would be named to the First Team All Star in 1954 & 1955 while posting the Lowest Goals Against Average (both were a sub 2.00). Lumley also captured the Vezina in 1954 and earlier in his career helped Detroit win the Stanley Cup in 1950. If Harry Lumley did not have those two stellar campaigns, it is doubtful he would have made the Hall, but as we often answer in cases in like this….he did have those great pair of seasons!

Should Harry Lumley be in the Hall of Fame?