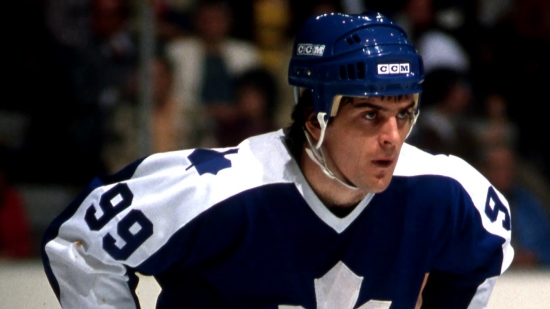 The Kansas City Scouts selected Wilf Paiement second overall in the Amateur Draft in 1974 and he was able to crack the roster instantly of this expansion team.  As the Scouts relocated to Denver to become the Colorado Rockies, Paiement would see his scoring improve and he had a pair of 80 Point seasons and he would make three straight trips to the All-Star Game (1976 to 1978).  Paiement would was regarded as a good two-way player who was not afraid to get dirty and throw down when needed.  A great example of this was in the 1977 World Hockey Championship, where Paiement and the other Canadians (who were making their first appearance in the tournament after sitting out foe eight years) were ruthless with dirty tactics and he would be suspended 15 Games in the following season for slashing Detroit’s Dennis Polonich in the face rendering the latter with a concussion and the need for extensive reconstructive facial surgery.

After his stint with Colorado, Paiement would have a 97 Point season for Toronto and later reached 76 in a season for the Quebec Nordiques.  He would score 814 Points in total in the NHL.

Should Wilf Paiement be in the Hall of Fame?