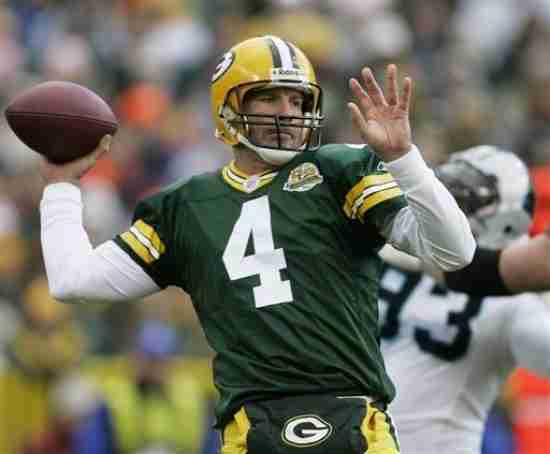 Brett Favre was not someone projected to break most of the NFL passing records when the Atlanta Falcons out of Southern Mississippi drafted him but apparently Green Bay (specifically Ron Wolf) did when they pulled the trigger on a trade to land one of the greatest gunslingers of all time.

Favre would take over for Don Majkowski in 1992 and would start every game for the Packers putting together an incredible stretch of unparalleled grit and determination.  Favre would become an icon in Green Bay and for a few seasons was regarded as the best pivot in the game.

Each year from 1995 to 1997, Favre was named the AP MVP, a First Team All-Pro, threw for the most Touchdowns and took the Packers to two consecutive Super Bowls, winning the first one.

He would continue to play for years at a star level for the Packers, though his waffling on retirement made it difficult for the team to move on, and it resulted in a less than amicable departure and an eventual stint with Green Bay’s division rival, the Minnesota Vikings.

Still, #4 was meant to return and the fences were been mended for Brett Favre to return to Green Bay and for the retirement of his number - which was exactly where it belongs!  He would enter the Pro Football Hall of Fame on his first year of eligibility in 2016