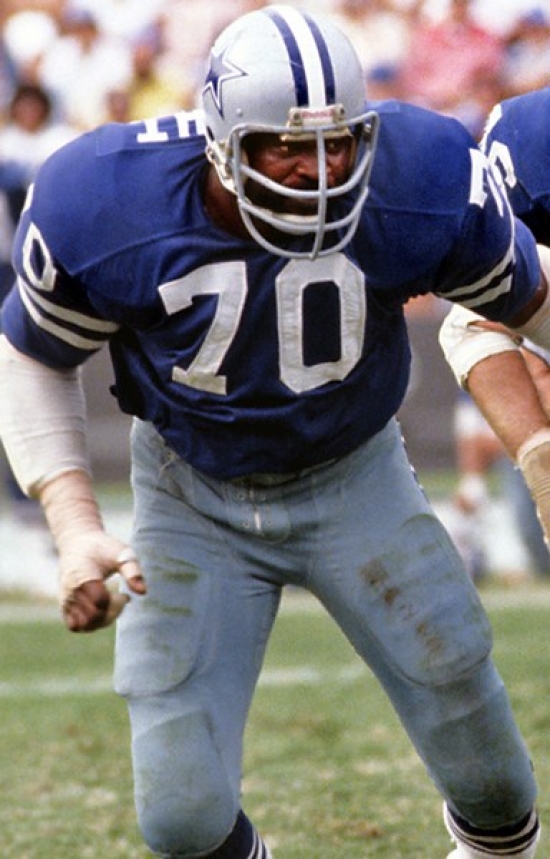 Rayfield Wright came to Dallas as a seventh round pick in 1967, where in his first three seasons, he was used as an Offensive Tackle, Tight End, and occasional Defensive Tackle.  By 1970, he settled in at Right Tackle, and it was there where he became one of the best at that position of all-time.

Wright was named to six consecutive Pro Bowls from 1971 to 1976, and in those first three years, he was a First Team All-Pro.  His contributions would help Dallas win Super Bowl VI and Super Bowl XII.

Wright left Dallas after being released for the Philadelphia Eagles in 1980, but he never played a game for them, thus making his entire career in the NFL with the Cowboys.  He would enter the Pro Football Hall of Fame in 2006, and he is also a member of the 1970s All-Decade Team.  Wright was also honored with a place in the Cowboys Ring of Honor in 2004.