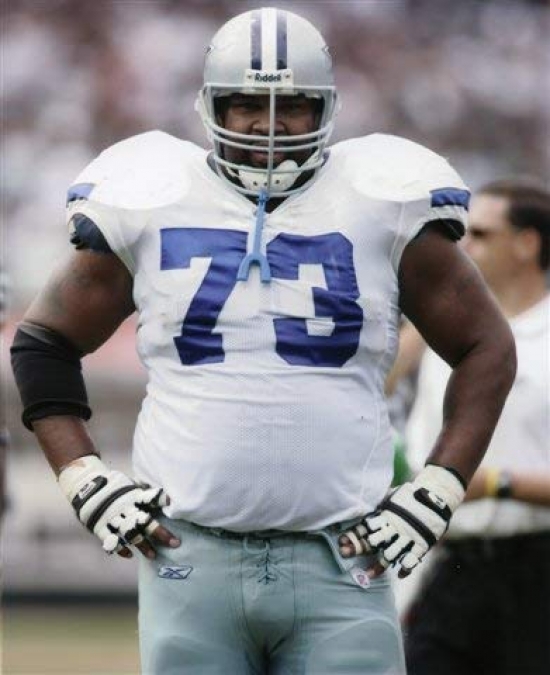 Sonoma State is no football factory, and it would take Larry Allen in 1994 to become the first player to be drafted from that institution.

1998 saw Allen move to Left Tackle, where he again was a Pro Bowler and First Team All-Pro.  The gargantuan Allen moved to Left Guard in 1999, which would be the last position change that he undertook, but again, he was a dominant player.  The man considered to be one of the strongest players in the game, was a First Team All-Pro again for the first three years at that new position, making that six in a row.  2001 ended the Pro Bowl streak of six, but he began a new four-year run in 2003, but only the first three were in Dallas, as he was released after the ’05.  That last Pro Bowl was in a San Francisco 49ers uniform.

Allen would be inducted into the Pro Football Hall of Fame in 2013, which was two years after his selection to the Cowboys Ring of Honor.