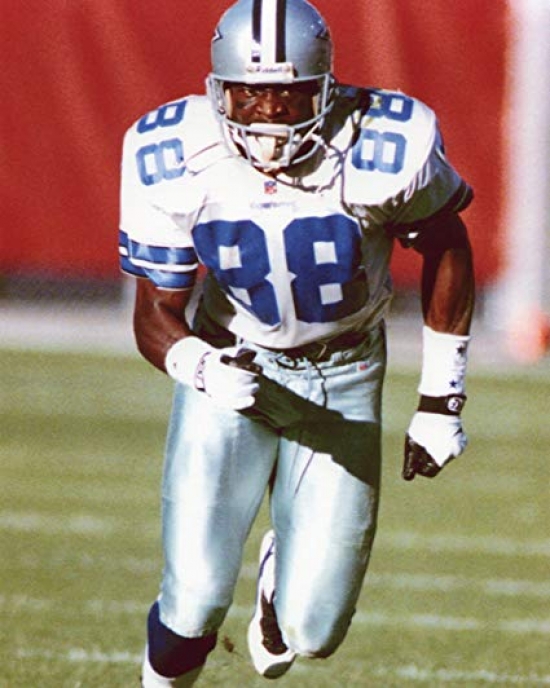 While some might think of Michael Irvin as the third “Triplet” with Quarterback, Troy Aikman, and Running Back, Emmitt Smith, it was Irvin, the Wide Receiver who was in Dallas first.

A 1988 first round pick from the "U," Michael Irvin had a breakout year in 1991 when Aikman connected with him on a league-leading 1,523 Receiving Yards.  Irvin continued that domination at Wide Receiver, as he added to his 1991 Pro Bowl, with four more right after.  He would have at least 1,200 Receiving Yards in all of those seasons, and he had two more 1,000 Yards campaigns after.  Irvin’s play was also integral to the Cowboys winning three Super Bowls (XXVII, XXVIII & XXXX), and in 16 playoff games he had 8 TDs and 1,315 Yards.

A spinal cord injury would end his career in 1999, but he left the game with 750 Receptions, 11,904 Receiving Yards, and 65 Receiving Touchdowns.  He would enter the Pro Football Hall of Fame in 2007, and two years before, he was enshrined with Aikman and Smith into the Cowboys Ring of Honor.