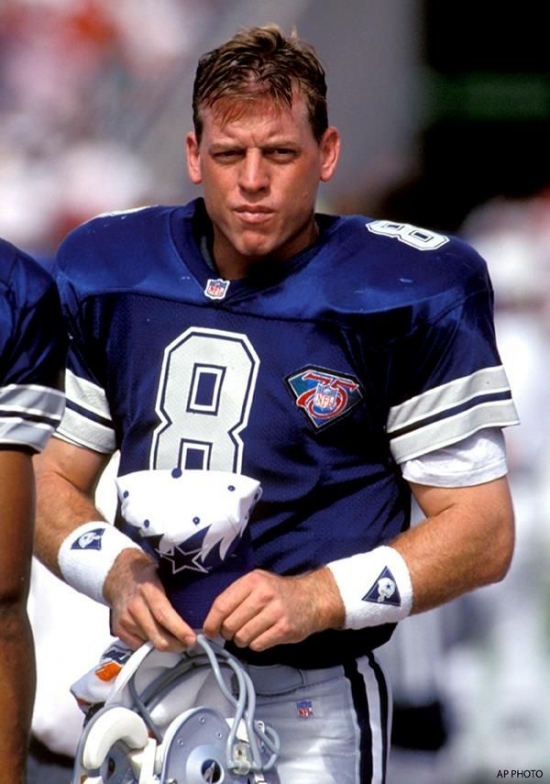 A Heisman Finalist at UCLA, Troy Aikman was the first overall pick in 1989, and the first of the Jimmy Johnson regime.

It was a horrific start for Aikman and the Cowboys, as the Quarterback went 0-11, but the talent was there.  Emmitt Smith would arrive the year after, and Michael Irvin would become Michael Irvin, and Aikman became the QB that pundits thought he would be.  With a vast assortment of weapons around them, Aikman could game manage, or throw at will to gain the Cowboys a victory.  The “Triplets” would lead Dallas to three Super Bowls in four years (1992-95), and while he was never in the top three in Passing Yards and was only once in the top three in Passing Touchdowns once, he did lead the NFL in Completion Percentage in 1993 and was the runner-up four times.

Aikman was a six-time All-Star, and he would play until 2000, and would accumulate 32,942 Passing Yards with 165 Touchdowns.  He was not a gunslinger, but a dissector of defenses and one of the best Quarterbacks of all-time.

Aikman would be inducted into the Pro Football Hall of Fame in 2006.  Fittingly, he was enshrined in the Cowboys Ring of Honor with Emmitt Smith and Michael Irvin in 2005.