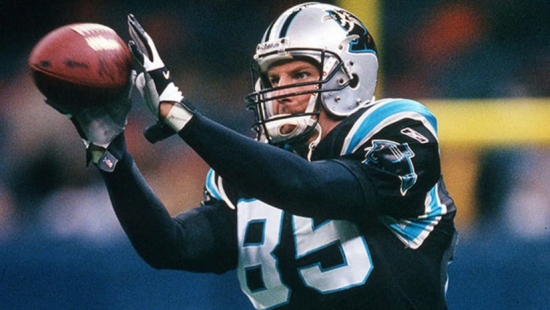 Wesley Walls had already won a Super Bowl with the San Francisco 49ers and then had two seasons in New Orleans where he was gaining more playing time than before, but it was in Carolina where he had his greatest success by a large margin.  A Panther for seven seasons, Walls was a Pro Bowl choice for five them, with three of those earning him a Second Team All-Pro Selection.  Walls would catch 324 passes for 3,902 yards and 44 Touchdowns, and he was considered to be a top-flight Tight End during that time and on of Carolina's most dependable targets.