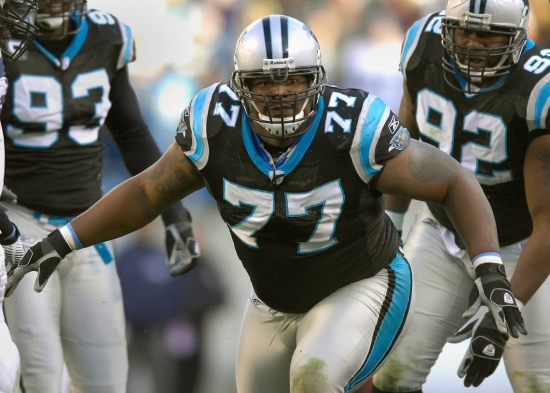 Kris Jenkins would win the starting Right Defensive Tackle position early in his rookie season (2001), and the former Maryland Terrapin would hold it until he was traded to the New York Jets in 2008.  Jenkins would be a three-time Pro Bowl Selection with Carolina, and in his first two, he was also named a First Team All-Pro and was one of the better run stuffers in the league.  Had injuries not held him to only five games in 2004 and 2005 his ranking would undoubtedly be higher.