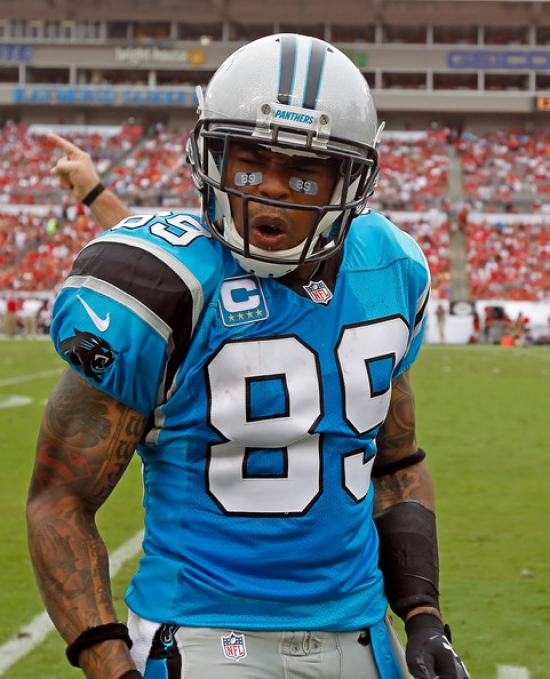 There should be no question that Steve Smith is the greatest Wide Receiver in Carolina Panther history, and as of this writing is the best Panther period.

Like many Wide Receivers, Steve Smith was used as a returner early in his career, and as a rookie, he was a First Team All-Pro leading the NFL in Returns.  Smith would segue more into being a more traditional Wide Receiver and would have his first 1,000 Receiving Yard season in 2003.  Smith would miss most of 2004 after breaking his leg in the first game of the season, but he came back in 2005 and would have the best season of his career leading all NFL Wide Receivers in Receptions (103), Receiving Yards (1,563) and Receiving Touchdowns (12).  He would be a First Team All-Pro, a Pro Bowler and won the AP Comeback Player of the Year.  Smith would continue to be one of the top wideouts in the NFL and would go to three more Pro Bowls and had five more 1,000 Yard Receiving seasons.

As a Panther, he would tally 836 Receptions with 12,197 Receiving Yards and 67 Touchdowns.