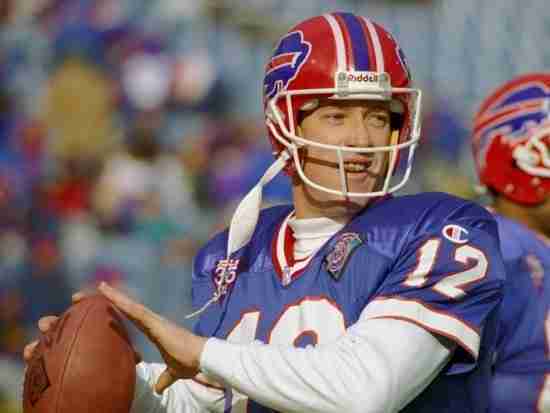 Considering how he originally stated he didn’t want to be in Buffalo (he went to the Houston Gamblers of the USFL first), there might be no player in Bills history who is more synonymous with the city than former Quarterback, Jim Kelly.
When the USFL folded, Kelly resigned himself to the cold weather but would become a major star in that environment.  Kelly would lead the no-huddle “K-Gun” to one of the most potent offenses of the era and he was a five-time Pro Bowl selection.

Kelly would enter the Pro Football Hall of Fame in his first year of eligibility and was the first man to have his number retired by the team.  It is not a stretch to say that he is the most revered man in Buffalo Bills history, and twenty years from now we will probably say the same thing.  The Bills might not have won the Super Bowl, but his work in winning four AFC Championships will never be forgotten.