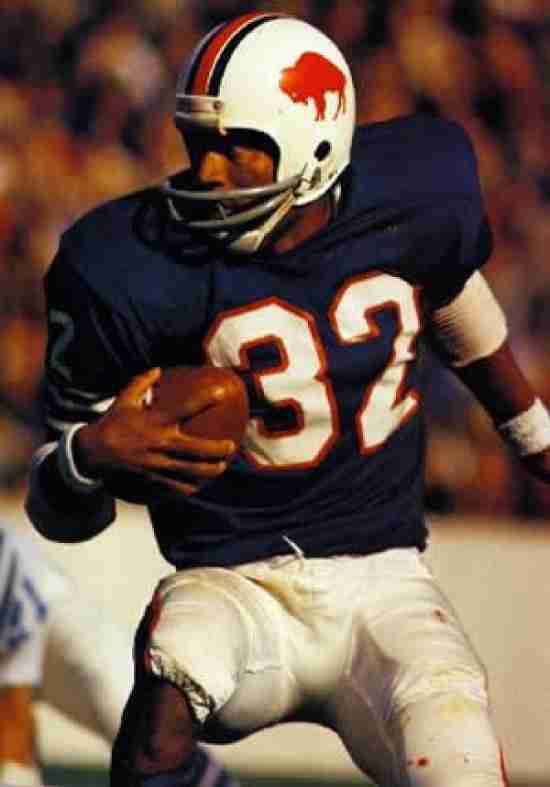 While the first three years of O.J. Simpson’s professional career was basically average, he would explode the next five seasons where he would explode for five consecutive First Team All-Pro nods as well as four Rushing Titles.   One of those titles included becoming the first Running Back in NFL history to rush for over 2,000 yards in a season.

The Buffalo Bills may not have had that much to cheer about during the 1970s, but Bills fans always had a reason to pack the stadium knowing that they would likely see the “Juice” rush for over 100 Yards a game.  Simpson does not own the rushing record for the Bills anymore, but in his peak, he was one of the most explosive Running Back in NFL history.  Simpson entered the Pro Football Hall of Fame in 1985.