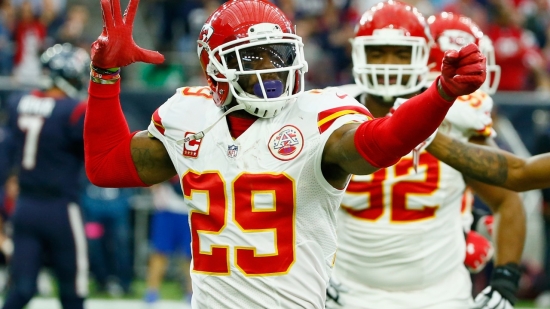 Eric Berry played his college ball at Tennessee, where he was one of the most prolific Defensive Backs in school history.  With the Volunteers, Berry was a two-time Consensus All-American and was the SEC Defensive Player of the Year in 2008, so it was little wonder that Berry was the first Defensive Back taken in the 2010 Draft.

It was the Kansas City Chiefs who took Berry with the Fifth Overall Pick, and he immediately went to the Pro Bowl as a rookie as the Chiefs’ starting Strong Safety.  Berry only played one game in 2011 due to injury, but he returned healthy in 2012, again going to the Pro Bowl that season and the one after, which netted him a First Team All-Pro.

Berry got hurt in 2014, and after he returned, he was diagnosed with Hodgkin's lymphoma.  He was cleared of cancer in the summer of 2015, and he returned that year, healthy and dominant.  Berry was a First Team All-Pro in both 2015 and 2016, and he was a Pro Bowl Selection five times in the decade.  Problems with his Achilles rendered him to only three games over the next two seasons, and he was released in March of 2019.  The fact that Berry could come back and play so much despite all the setbacks is a testament to his courage.

The Safety was the named to the 2010s All-Decade Team and would collect 14 Interceptions with 445 Combined Tackles over his career.

Should Eric Berry be in the Hall of Fame?