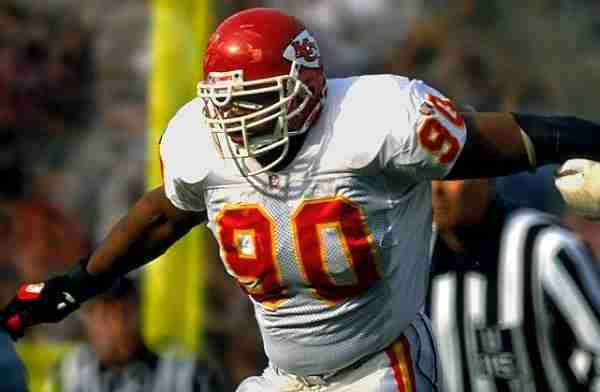 
Smith was paired in Kansas City with Derrick Thomas who collectively made one of the fiercest defensive pairings in football.  Thomas was posthumously elected into the Football Hall of Fame, but many of his achievements were aided by having Smith as a linemate.