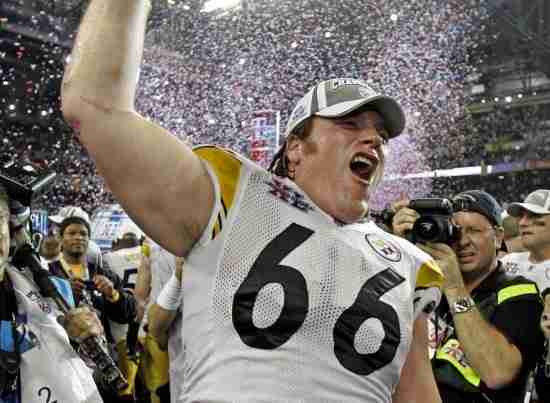 06 Mar
2016
Not in Hall of Fame
Last month, regular contributor, Spheniscus and I debated the Hall of Fame merits of those who were on the Baseball Hall of Fame ballot.

Chairman:  Canton, Ohio is one of the few places where Offensive Lineman get their due, and here we have former Offensive Guard, Alan Faneca who made the list of Finalists on his first crack.  There is no doubt in my mind that he is going to get in, as when you are a six time First Team All Pro with a Super Bowl Ring, there shouldn’t be a doubt.

I thought he might get in this year, that it would be either Faneca or Orlando Pace.  They went with Pace, but Faneca won’t have to wait long.

Spheniscus: I thought it would be Pace. And I think it was just because of name recognition. Faneca is a 2000s First Teamer and Pace a Second Teamer, but as someone who had Faneca in their division for a long period of time Pace always seemed like the better player.

Would I have been shocked if Faneca was the selection? Definitely not. I just felt like this is Pace’s second bite at the apple and Faneca’s first and that is enough to make it seem like Pace’s time.

This will be my very brief rebuttal on Faneca as I await on your take on this one.

Spheniscus: Generally, I don’t really think they do. Certainly not as much as the Rock Hall does (Chic notwithstanding).

As I said, Pace and Faneca are both Hall of Famers, they are not electing more than one Offensive lineman in any given year. And in this case Pace’s higher Q quotient made it more likely that he would be the choice, but it being his second time certainly didn’t hurt when people were balancing who they were going to vote for. Particularly since there aren’t any real HoF candidates on Offensive Line next year.

Here is my bold prediction. Alan Faneca will be a member of the Pro Football Hall of Fame Class of 2017.

Chairman:  I will second that prognostication, and state that I would have chosen him this year, but one more year won’t hurt him.  He can start writing his speech as he has an extra (but just one) year to prepare.  Make it a good one Alan!

More in this category: « A look at Don Coryell's PFHOF snub A look at Kevin Greene's HOF Induction »