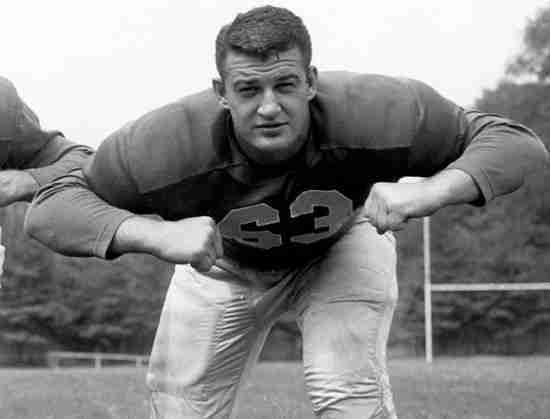 Now that the Baseball Hall of Fame Class of 2016 has announced their class has done the same.  We were hopeful to do this prior to the announcement of the actual inductees, but life, as it often does simply got in the way!
Saying that, we felt it was worth our time to take a look at the 2016 Nominees and debate whether they should have gotten in (or not) and look to the future of the Pro Football Hall of Fame.

Chairman:  Dick Stanfel was one of the elite Offensive Linemen of the 1950’s, but he isn’t in the Hall of Fame.

Because he only played seven years.

That isn’t long, but in football isn’t that the equivalent to ten in hockey or twelve in baseball?

Stanfel had already been a Senior Nominee twice and third time was the charm.  Based on the success of recent Senior Nominees, I wasn’t exactly surprised.

Spheniscus: At some point the committee had to say, okay this needs to happen already. If the senior committee repeatedly thinks he is one of the most overlooked players, then the voters have to respect that.

Maybe they were just confused that he is a Lion and played for them when the Lions were actually good. They don’t have any idea how to process that.

Chairman:  Wait a second?  The Detroit Lions were actually good once?

I kid.  At the end of the day Dick Stanfel has been a bona fide Pro Football Hall of Fame candidate for decades and one who should get in…mostly because he should have many moons ago.

Seriously, is there any reason why he shouldn’t have years ago?

Also, am I wrong in thinking of Kirby Puckett’s nine seasons in MLB as a parallel here?

Spheniscus: If I had a nickel for every Stanfel – Puckett comparison debates I’ve had over a cold Schlitz …

Seriously, though. Other than the shortness of his career I can’t come up with any. And much like Michael Irvin’s repeated snubbing at the final up or down vote created the wide receiver back up we have today, repeated snubbing of the Veteran’s Committee guys does the same thing.

There are so many candidates that once a guy gets through, you need to give serious consideration to getting him through just because of the guys behind him. And if you snub him and he comes back, he has to get in. The third time being the charm just makes it much worse for the backlog.
Last modified on Saturday, 03 December 2016 17:53
Tagged under
Tweet

More in this category: « A look at Orlando Pace's PFHOF Induction A look at Ken Stabler's PFHOF induction »