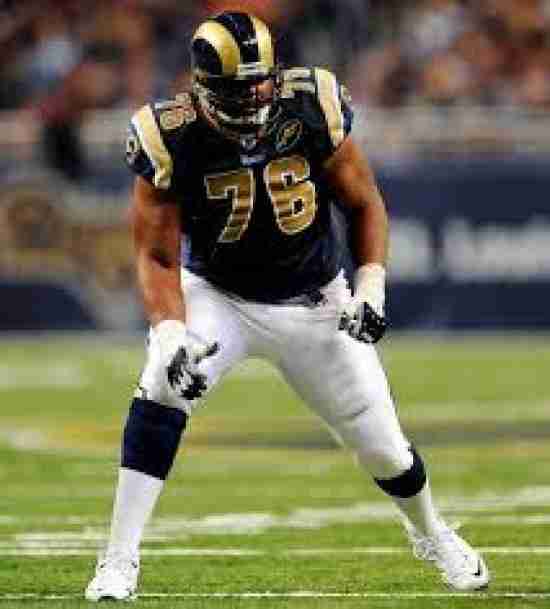 Chairman:  First off, let’s bow our heads for the football fans of St. Louis, who lost a football team for the second time due to sheer greed.  St. Louis is only a two sport city?  That is the collective sound of “Bullshit” echoed by every sports fan with a brain cell in their head.

With that out of the way, I think we can agree that “The Greatest Show on Turf” St. Louis Rams team was an exciting bunch.  Faulk, Warner, Bruce, Holt.  This was a stellar allotment of skill players who were must watch television, but any football fan knows you win in the trenches, and they had a great one in Orlando Pace, who got in this year.

Spheniscus, I will ask you two questions off of the bat with Pace:

Was he the best available Offensive Lineman eligible?  He beat out Faneca.

Was he the best St. Louis Ram available?

He was selected over Kurt Warner.

Spheniscus: Was he the best Offensive Lineman? That is very debatable. Faneca was probably a better player but he was a guard and not a tackle. Tackles are generally seen as having the tougher job, so that probably gives him a bit of an edge. Was he better than Jacoby? Tough to say. But Jacoby has had a bunch of years to be a finalist and this was his first shot at it. This isn’t a Roger Werhli situation, where Werhli was a finalist multiple times and then got in on his last shot. This is a first time, long time. So I wasn’t surprised that Pace gets the nod over him in this situation.

As for if he was the best St. Louis Ram? I have to say that he is. Warner has a fairy tale story and a great start to his career. He also had an incredible rebirth in Arizona bringing a completely moribund franchise to their only Super Bowl and would have won it if not for one of the greatest passes and catches in NFL history. But that middle period when he was with the Giants and then riding the pine happened. The mid-part of his career matters. Pace was consistently better.

Ultimately I thought that Pace would get the nod this year. And that St. Louis deserved far better than the screw job they got from the league.

Chairman:  Pace got in, and the sympathy for St. Louis probably didn’t hurt.

This was the correct Ram to enter, and I don’t think anyone really disputes that, or has a real problem with Pace getting in before Faneca and Warner.

Spheniscus: Agreed. And with no real OL competition being added next year, Faneca will get in then. Waiting until your second year of eligibility isn’t exactly a slap in the face.

Pace was a good selection and is a worthy Hall of Famer.
Last modified on Saturday, 03 December 2016 17:52
Tagged under
Tweet

More in this category: « A look at Steve Atwater's PFHOF snub A look at Dick Stanfel's PFHOF induction »