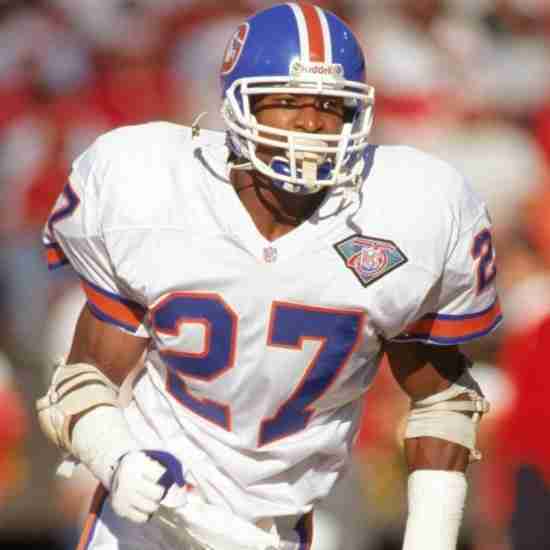 
Chairman:  This was the first time that Steve Atwater has made it to the Finalists, and if he gets inducted next year, it will mark the first time that a defensive player from the Denver Broncos would be inducted.  There are currently four Broncos in Canton (though Fred Little has no business being enshrined) and you would think that with the famed Orange Crush Defense of the 1970’s and the two Super Bowls that somebody from that side of the ball would have been included.

Atwater is known for most for leveling Christian Okoye on Monday Night, but for me this is the guy who stepped up big on the two Super Bowl wins for the Broncos, especially their first win where he had a stat line of six solo tackles, a sack and two forced fumbles; a great performance for a Safety.

I wonder if Atwater could be inducted to represent all of the Bronco’s D?

Spheniscus: Those Broncos teams had very good, but not exactly legendary defenses. The best player on them by far was Steve Atwater. He is one of the two starting safeties on the NFL 1990s All Decade team. Which should mean something you would think.

Although Atwater would probably never be able to play in today’s NFL. He flat out crushed people, most notably Okoye. And he often led with his helmet.

But he was feared and respected and definitely a worthy nominee. I just think that John Lynch with his incredible reputation and media friendly personality is going to have to get in first before Atwater. Mainly because Atwater is a Bronco and we all know how the Hall feels about those guys.

Chairman: And you can’t exactly show a highlight video with a bunch of tackles leading with your helmet these days can you?  Not without a cautionary disclaimer and Will Smith’s shitty African accent.  By the way Will and Jada, The Fresh Prince didn’t deserve a nomination.

I like Atwater, I really do, but I think he was lucky to get this far, and that final step will probably always elude him.

Spheniscus: His demographics do make it hard. Safeties and Broncos aren’t exactly Hall favorites. Like I said, if John Lynch gets in he may have a chance. But that isn’t exactly a given.

This I will say, like Andersen if he wasn’t one of the first five eliminated, I will be very surprised. And it would probably be a very good sign for his future prospects.

Chairman: Here is my final thought on Steve Atwater.  He is one of those players where I really don’t care if he is inducted or not.  I think we both agree that there are other Safeties who should be considered for the Hall, but Atwater isn’t at the top of the list for me.  Johnny Robinson is and only for a short time as Brian Dawkins is eligible next year, and I would pit him over both of them.

We also have Ed Reed coming up as well as Troy Polamalu, both of which I put over Atwater.  The former Bronco made a huge leap becoming a finalist but if he didn’t get in this year, he won’t in the next five.

Oh, and I didn’t even mention that John Lynch is still here!

Spheniscus: Yes, Reed, Polamalu and Dawkins are all going to jump him. And I think they are all going to get in. And Lynch is still there. So let’s say he doesn’t get in with the writers. Do they put him in as a senior candidate? Does he have to wait for Randy Gradishar? Is he ever going to Canton without a ticket?
Last modified on Thursday, 22 March 2018 15:04
Tagged under
Tweet

More in this category: « A look at Morten Andersen's PFHOF Snub A look at Orlando Pace's PFHOF Induction »