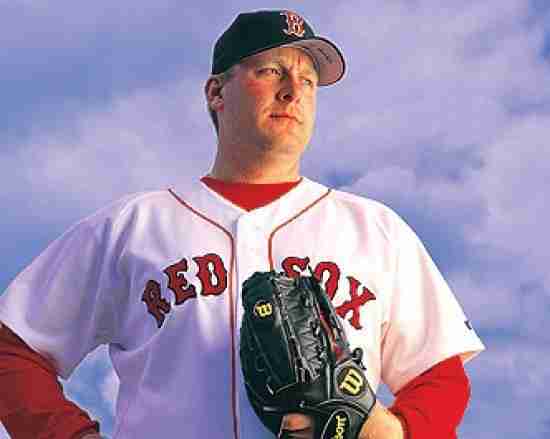 
Chairman: I am going to try something a little different here with Curt Schilling, who is entering his fourth year on the ballot.  Rather than start with the statistical reasoning for Schilling’s induction (and I have a lot) something has changed for Schilling over the past year that I wonder if it will play out in this ballot.

We know of Schilling’s failure in his gaming company and subsequent bankruptcy but he still had a high profile gig on television with ESPN.  Well, he did anyway.  In August he put out a very controversial tweet equating the Muslims with the Nazis by comparing radical Muslims to the percentage of Germans who were Nazis.  It was right up there in terms of the dumbest tweets of all time and it led to his suspension.  With what just happened in Paris and really throughout the world, this is a hot button topic that won’t help him get rehired quickly.

I ask you this.  Schilling gained back the ten percent the lost from the previous year and is coming off a 39.2% year.  This is still a ballot that is crowded and he could be just off the top ten on some people’s ballots.

I know this stuff doesn’t matter, but it is humans voting for humans.  Could this affect him this year?

Spheniscus: I actually don’t think it does. Schilling is not a particularly liked person amongst many of the people who covered him. They seem him as a massive egotist. Which is part of why the whole bloody sock thing was thought to be faked. They actually think that is something he would do to make himself look better.

The voters who voted for him will do so again, bringing up the fact that Ty Cobb was one of the most terrible human beings this side of John Demjanjuk, and there is no morals clause. The people who didn’t vote for him weren’t going to be voting for him for personal reasons anyway.

I suppose it is possible that he was 11th on a few people’s lists last year and they move others in front of him, but I suspect he will in effect tread water this year. He’ll get around 40% give or take a point.

Chairman:  I don’t know.  By every account, Ty Cobb was a hideous human being, but one of the best baseball players of all time.  You can’t make a statistical argument against his induction.  With Schilling, you can, though a really good one.

Schilling was (and continues to be) a tool, and so are some of these writers, an industry where holding a grudge and personal agendas are almost a prerequisite.  Morals aren’t a prerequisite for the hall, agreed, but it isn’t one for being a voter either.  Schilling strikes me as a guy who rubbed enough people the wrong way to have a built in excuse to not put a check mark beside his name.

Stat wise (yep, I am finally going to talk about that), I think he is one.  The JAWS of 64.5 puts him over the Hall of Fame average, and if I use the other argument where I railed against Billy Wagner, when it counted (the playoffs), Schilling was outstanding.  He went 11 and 2, with 120 Strikeouts over 133.1 Innings, a 2.23 ERA and a WHIP under 1 (0.968).  Throw in the hardware (an NLCS MVP, World Series MVP and three World Series Rings) this is an incredible run!

Saying that, your target vote is exactly what I predict for Mr. Personality.

Spheniscus: Speaking of writers holding a grudge, this is as good a place as any to complain about the Spink award winner. How in Holy Heck is Dan Shaughnessy, the CHB (Curly Haired Boyfriend) himself the Spink Award winner? You would be hard pressed to find someone more hated in Boston than Shaughnessy. Okay John Tomase, who somehow still has a gig covering the Patriots. But Shaughnessy is media enemy #2. Just a terrible decision.

Anyway, back to Schilling. He is a loud mouth and he is a winner. He is likely to be a Hall of Famer. But he didn’t do himself any favors over the past year.

As I said in the Mussina section, both Mussina and Schilling get a bump from the Smoltz, Pedro, and the Big Unit getting inducted last year. The majority of that bump is going to head to Mussina though. Schilling will pick up some votes, just not that many. If he can keep him mouth shut and rehab his image a little, he’ll start heading back up in greater numbers. Particularly as the 10 year limit starts taking its toll.

Chairman:  Asking Schilling to shut up is like asking Manny to stop being Manny.  Schilling doesn’t know any better.

He will still rise in the voting, but not by as much as he should.  I will call it at 43%, and as this is not a vote on player’s ethics, intelligence or character, I give Schilling my pretend vote.

Spheniscus: Schilling gets both my pretend vote and my undying gratitude. And he will get that bump from not having Pedro and Randy on the list. I give him 42% and still think that Mussina will pass him.
Last modified on Thursday, 22 March 2018 15:08
Tagged under
Tweet