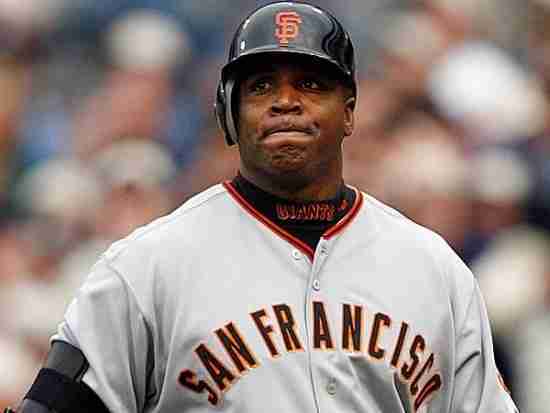 01 Jan
2016
Not in Hall of Fame
Last year, we did our first ever debate on Notinhalloffame.com where we tackled the Hall of Fame merit of twenty-four men who are on the Hall of Fame ballot, in what was in our opinion the most loaded ballot in our lifetime.


Chairman: Arghhh.  I will say it one more time.  I do not care about PEDs in Baseball.  The way I see it (and yes, I am saying it again) is that MLB knew what was going on and had no problem profiting from it until the moral tide turned.  Barry Bonds was the guy who had limited social skills, and was the big black guy who wouldn’t play “ball” so to speak, yet he was the guy who they (the writers) also had no problem voting for in regards to the MVP Award.

My take on PED and Baseball has been consistent.  When MLB said that PEDs were illegal in the game that was when I took a stance.  Hey, if they didn’t before, why should I?  Since Bonds tenure did not fall into the MLB’s “illegal PED” period, I don’t see any reason why I should.

This is the end of the soapbox rant.

You know what though?  I think his tally is going to go up this year.  He climbed a little last year by two percent with 36.8 of the vote and I really can see him cracking the 40 mark.  During the playoffs I saw telecasts with Pete Rose and Alex Rodriguez, two of the game’s biggest pariahs.  Are we entering an era where we are where we are starting to forgive?

Spheniscus: I do think we are starting to forgive. But it is too late for Bonds to ever get voted into the Hall.

If you’ll allow me to go on a tangent here, and I know we are probably discussing him later, but did you realize that this is stupidly Mark McGwire’s last year on the ballot? This is because of the new rules they just put in place. The dumb new rules they just put in place. The list was getting too crowded and rather than give some guidance on how to deal with the steroid era or expand the number of players the writers could vote for, they decided to cut the amount of time that someone can remain on the ballot from 15 to 10 years. Which solves nothing and actually makes things worse.

It is ten years since McGwire wasn’t there to talk about the past in the Senate chamber. Seventeen years since the AP’s Steve Wilstein launched the whole steroid era with a hatchet job of a piece of reporting after discovering Androstenedione (then legal in baseball) in McGwire’s locker. So only 17 years have elapsed since the beginning of the end of the steroid era and the Hall decided that same people who willfully ignored the issue for so long should have even less time to determine how to handle the era? It is dumb.

So how does this effect Bonds? Well, if he had the original 15 years, I think he gets there as the older voters age out and a new, more understanding (of the era at least) group of reporters make their way in. But with 10 I think he ends up in the high 50s low 60s range. He will certainly need to gain more than 2% a year, like he did from 2014 to 2015. And once he ends up short in the writer vote, there is no chance any senior committee is ever going to put him in.

Chairman:  You’re right.  There is zero chance that any senior committee will vote for him or anybody else they think “cheated”.   Hell, we have seen these committees hold off on voting anybody!  How shocked were we all when they selected Ron Santo years ago, and of course after he died!

As long as the Veteran’s Committee is full of players that will always happen, and not just because it is players who resent other players they felt had an edge.  When you are a member of a special club, the last thing you want are more members to make it “less special”.   It’s human nature, especially when you are an athlete and you have an ego (though having an ego helps you as a player with your confidence).

Spheniscus, you said a low 60, and that is higher than I think he can get, but I really hope you are right.  This year will tell the tale on everything!

Spheniscus: I actually think high 50s is more likely. But what is baseball doing if they have a Hall of Fame that does not include the All Time Hits Leader, a man who has seven MVPs, and another who has seven Cy Youngs? There is a weirdness to this process that doesn’t exist in other Halls of Fame. A moralizing that embraces Joe Torre, Tony LaRussa, and Bobby Cox, three great coaches, who benefitted directly in turning a blind eye from the PEDs that were being taken in their locker room. And turns around and demonizes the players who were actually taking them.

Would I vote for Bonds? Yes. Is he ever getting in? I say no, but I’ll give him a slim chance it happens. How slim? Here’s a bold prediction: Pete Rose will be a Hall of Famer before Barry Bonds.

Chairman:  That is bold.  Rose’s continued banishment does him no favors, and I wonder who peers (who make up a lot of the Veteran’s Committee) dislike more.  I would think Bonds who “cheated” and broke a hallowed record by a likeable guy (Aaron), where Rose took the record from an asshole (Cobb).

If Bonds gets into the 50’s, he has a real shot at the Hall, but with the way they altered the voting requirement and turfed a lot of the dead (read: old and crusty) weight from the voting committee, this is the year he has to jump.  If the first digit in his voting percentage is a 4, that’s it.  It is over for him.

I am going to call a 51, and hope that it is closer to what you think.  Obviously, I am using my pretend vote as an emphatic YES!

Spheniscus: Bonds is clearly a yes vote for me as well With fewer first ballots up this year and more people switching their opinions on how to deal with the steroid era (plus the elimination of some of the dead weight within the voters), I think he will get in the 50s easily. . But I thought he’d do much better last year as well. So who knows?
Last modified on Wednesday, 21 March 2018 14:52
Tagged under
Tweet