The Teams that Made New Jersey Truly Great 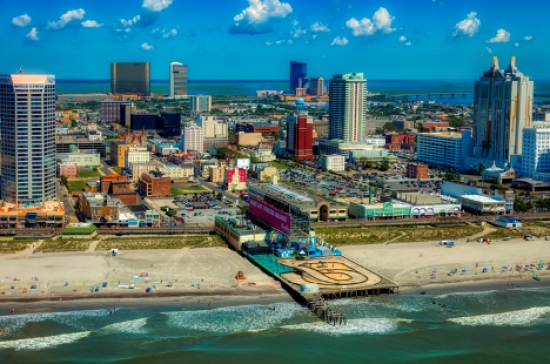 Garden State Greatness in the World of Sports

New Jersey is known for many things including the iconic Atlantic City and its fabulous hotel and casino operations, world-famous sports teams, and NJs mind-boggling population density. From an sports and entertainment perspective, the Garden State stands proud. It is home to New York's finest – not the police officers – the New York Jets and the New York Giants – NFL titans. These teams play for the Empire State, but their stadium is located in East Rutherford New Jersey, at MetLife Stadium. Interestingly enough, according to 888sport’s Brett Chatz, the New York Jets and the New York Giants are the only NFL teams to share a stadium since 1984. Granted, the LA Chargers will be sharing a stadium with the LA Rams from 2020 onwards, at the SoFi stadium in California.

The New Jersey Devils Stun the Crowds at the NHL

No sport captivates the attention of fans more than the NFL. The other 3 major sports in the US include MLB, NBA, and NHL, in that order. True to form, New York's NFL prospects – the Giants and the Jets have cemented their place in history among fans. What many folks outside of New York and New Jersey don't know is that both these NFL teams are based in the Garden State. According to NFL power rankings (2019 regular season), the New York Giants in the NFC East are in third place, and the New York Jets in the AFC East are also in third place. Both of these teams have their home base at MetLife Stadium, East Rutherford, New Jersey. The Giants have won 4 NFL Championships, in 1956, 1938, 1934, 1927. They also won 4 Super Bowls, in 2012, 2008, 1991, and 1987. The New York Jets have just 1 NFL Championship to their credit, when they beat the Baltimore Colts 16-7, back in 1969.

The Brooklyn Nets Playing Out of New Jersey

The Brooklyn Nets were once known as the New Jersey Nets, and this NBA team certainly made waves in the basketball arena. The best Brooklyn Nets players include the likes of: Jason Kidd, Julius Erving, Buck Williams, Drazen Petrovic, Brook Lopez, Richard Jefferson, Rick Barry, John Williamson, Keith Van Horn, Kerry Kittles, andKenyon Martin, among others. Some of their best performances ever took place in the following years:

These New Jersey teams have left an indelible impression on the sports world. Many of these teams are etched into the annals of history in the NHL Hall of Fame, the NBA Hall of Fame, and the NFL Hall of Fame. It's been some time since a team from New Jersey lifted a championship trophy, but they've done it before and they can certainly do it again!

More in this category: « Hall of Fame no certainty for No.1 pick Burrow Awards = HOF?: Part Fifty: The NFL Walter Payton Man of the Year Award »