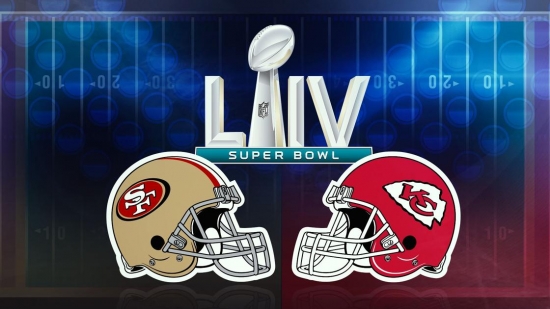 After the NFL’s 100th regular season, we now know the Kansas City Chiefs will face the San Francisco 49ers for the Vince Lombardi Trophy in Super Bowl LIV.

The Chiefs were the first team to book their spot in that game as they overcame the Tennessee Titans 35-24. Quarterback Patrick Mahomes shone for the number two seed, scoring three touchdowns and throwing for 294 yards. Just like the Divisional Round against the Houston Texans, the Chiefs got off to a slow start at Arrowhead. Once they got going though, the Titans were unable to handle the hosts who are into the Super Bowl for the first time in 50 years.

This will be head coach Andy Reid’s first shot at the Vince Lombardi Trophy since he took over the franchise in 2013. He fell just one game short 12 months ago when the New England Patriots defeated them 37-31 in a classic encounter.

2018 NFL MVP Mahomes will be making his Super Bowl debut. Although he didn’t quite match the same numbers he put up in 2018, it was still an impressive year for the QB. He inspired his team to victory in their last six matches of the season to secure the number two seed in the AFC Championship.

The Chiefs were many people’s pick to win the AFC Championship, including with the WSN Podcast team, who also took them to cover the 7.5 point spread. They have opened up as the favorites with the bookmakers in the Super Bowl market.

San Francisco 49ers go into Super Bowl LV one short of the New England Patriots and Pittsburgh Steelers when it comes to record number of wins in the game.

It has been some turnaround for the west coast franchise as they won just four games in 2018, with Jimmy Garoppolo's ACL injury playing a large part in that. Some smart draft picks, trades and excellent coaching have helped them transform into one of the best teams in the NFL.

Victories over divisional rivals Los Angeles Rams and Seattle Seahawks in week 16 and 17 respectively ensured that Kyle Shanahan’s team wrapped up the number one seed in the NFC Conference.

The 49ers took full advantage of playing in front of their home fans at the Levi’s Stadium when they beat the Minnesota Vikings 27-10 in the Divisional Round of the playoffs. Their freshness from having a week off in the Wildcard Round showed in the fourth quarter.

The NFC West champions then proved too strong for the Green Bay Packers to lift the NFC Championship title. They got off to a flying start in that game as they led 27-0 at halftime before going on to complete a 37-20 victory.

San Francisco have run the ball very well in the postseason so far - Raheem Mostert rushed for 220 yards and four touchdowns against the Packers. Shanahan is likely to stick to that winning formula in the Super Bowl, while he also has one of the best defenses in the league to lean on in his attempt to stop the Chiefs.

It looks set to be an exciting showdown in Miami between two very good football teams.

More in this category: « Awards = HOF?: Part Forty-Three: The NFL AP MVP Were Roman Gladiator matches scripted like in the WWE? »