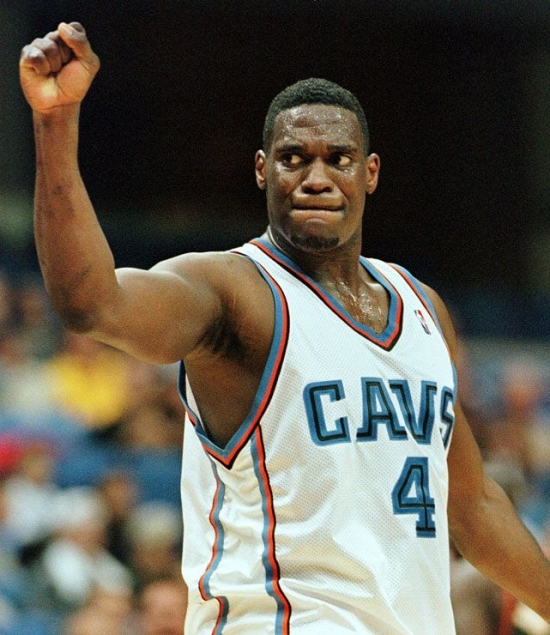 Is this rank too low for the “Reign Man”

Shawn Kemp is correctly most identified as a member of the Seattle SuperSonics but he played three seasons with the Cleveland Cavaliers for three seasons where he put up some excellent numbers.

Kemp arrived before the 1997/98 season where he had gone to five straight All-Star Games as a Sonic.  He would make it six as he was called for the mid-season event as a Cavalier, and he averaged 18.0 Points per Game.  In the strike-shortened second season in Cleveland, he had a career high of 20.5 Points per Game, but he was asked to do more of the load.  He had a 17.8 PPG in his third year with Cleveland, which would be his last as he was shipped off to Miami after and his overall PPG in Cleveland was 18.5, more than the 16.2 he had in Seattle.

While the numbers for Kemp were strong, it can’t be forgotten that it only resulted in one playoff appearance (a first round exit) and he developed serious weight issues that prevented him from being the best that he could be as a Cavalier.