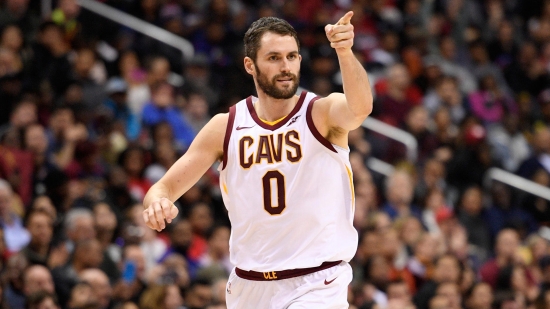 Kevin Love would spend the first six years of his career with the Minnesota Timberwolves where he was the team's star, but the T-Wolves lacked much else, and he never made the playoffs while he played there.  LeBron James would return to Cleveland, and the Cavs would orchestrate a trade to bring Love to the Cavaliers to join him and Kyrie Irving.  Love was now the number three option on a superteam, but like many stars, he had to take time to adjust, and eventually, he found his footing.  The triumvirate would take Cleveland to their first NBA Championship in 2016.

Love did not have the same stats in Cleveland as he did in Minnesota, but to date, he is a two-time All-Star with the Cavs and is averaging a 20.1 PER with 17.1 Points and 10 Rebounds per Game.  As of this writing, Love is the main star for Cleveland and is in familiar territory but should rise in this rank if he stays in Ohio.