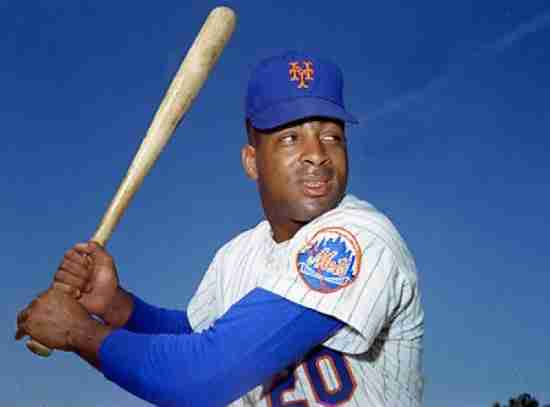 The American League Rookie of the Year in 1966 for the Chicago White Sox, Tommie Agee became a major fan favorite in his second year with the Mets, which not coincidentally was the season of the “Miracle Mets”.


In 1969, Agee would put together one of his best regular seasons in the Majors where he finished 6th in MVP voting and blasted a tape measure Home Run to the upper left deck at Shea Stadium, a dinger so well thought of a marker was placed in the facility to commemorate it.  Agee would go on to put together an incredible performance in the 1969 World Series, so much so that he was considered by many to be the offensive star of the Fall Classic.

Overall, Agee only had 632 Hits with a .329 On Base Percentage as a member of the Mets, but this isn’t a player that you measure on metrics alone.