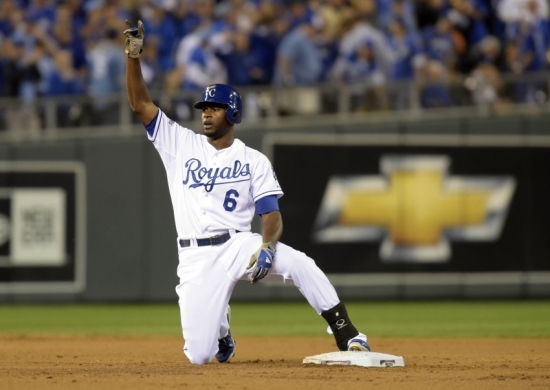 Lorenzo Cain played for Kansas City for seven seasons and he was arguably the team’s spark plug for much of that time.

After being traded from the Milwaukee Brewers in December of 2010, Cain would become the Royals’ starting Centerfielder in 2013 and his defensive skill became well known through out the American League.  Cain would be named a Wilson Defensive Player three times and many have cited his glove as a major reason that Kansas City was able to advance to the 2014 World Series (he was named the 2014 ALCS MVP).  The Centerfielder also helped KC win the World Series the following year.

While his glove got a lot of glory, his bat was more than decent.  He was a .300 hitter twice and in 2015 he went to the All Star game while also finishing third in MVP voting.

He returned to the Milwaukee Brewers via free agency prior to the 2018 season.