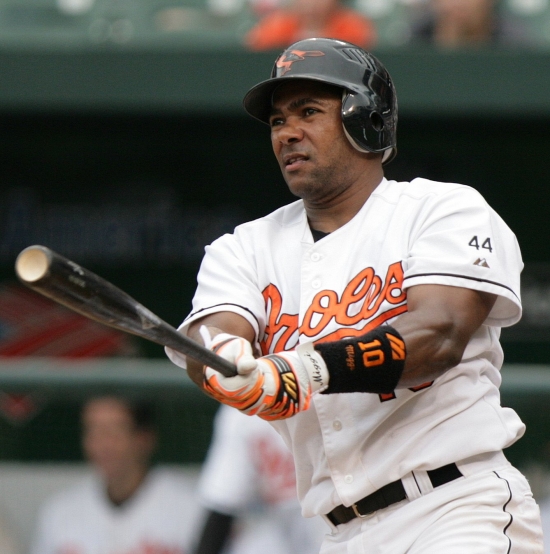 An American League MVP with the Oakland A’s in 2002, Miguel Tejada signed with Baltimore as a Free Agent in 2004, where he would spend four years.

The Shortstop from the Dominican Republic would go to the All-Star Game in his first three seasons in Maryland, and he was also a Silver Slugger in the first two.  Tejada’s 2004 year would see him tie his career-best 34 Home Runs, but this year he would lead the AL in RBIs, with a personal best of 150.  He had two more 20 HR years, and he would be traded to Houston after the 2007 season.

Tejada came back as a Free Agent in 2010, but this run only lasted a few months as he was dealt to San Diego during the season.