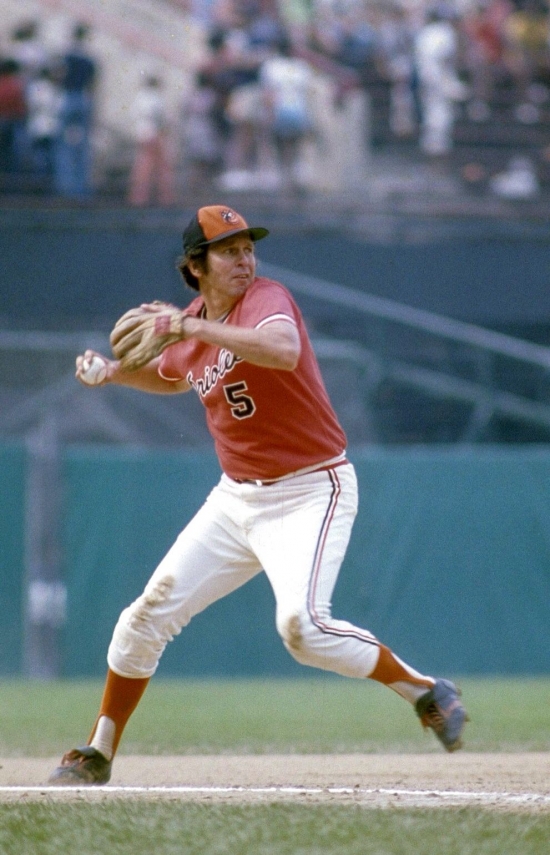 Signed as an amateur free agent in 1955, Brooks Robinson debuted that year in Baltimore as an 18-year old.  It was clear from the beginning that he was a wizard with the glove, but it took him some time to develop his hitting game.  In 1960, he did that, and throughout the decade and beyond, he was considered the best Third Baseman in the game.

1960 began a 15-year run of All-Star Games, and a 16-year streak of Gold Glove wins.  All discussions about Robinson begin with his glove.  He would lead the American League in Defensive bWAR twice and was in the top five, seven other times.  He led all AL Third Baseman in Fielding Percentage eleven times, Total Zone Runs eight times, and Range Factor per Game four times.

Robinson batted .300 twice, with five other years reaching .280.  He grew his power game to contribute six 20 Home Run Seasons, and in 1964, he would leas the American League in RBIs (118), and had his best year with Home Runs (28) and Batting Average (.317).  That year, Robinson won the MVP and was in the second runner-up and runner-up the two years that followed.  He also had two other top five finished in his career.

The master of the hot corner aided the Orioles in winning the 1966 and 1970 World Series, winning the World Series MVP in the latter. Overall, he batted .303 in the post-season with 22 RBIs.