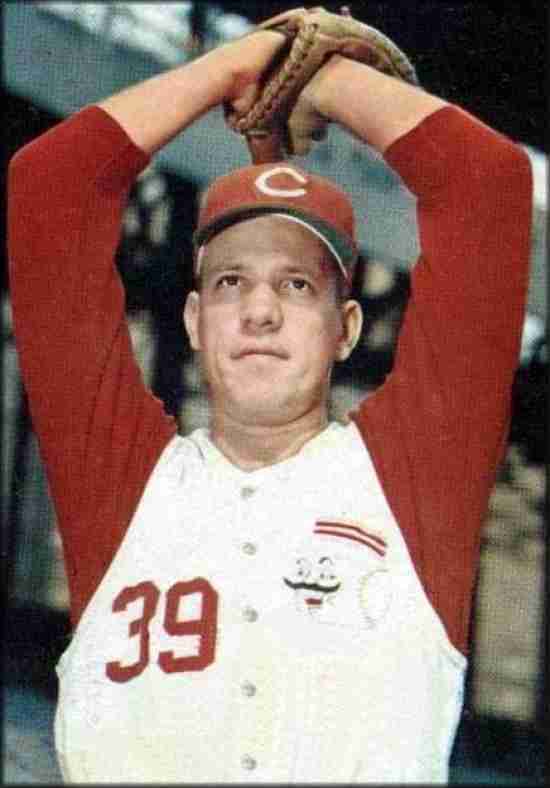 Had this been based on the iconography of the Reds, Joe Nuxhall would be top five, but we base our rankings primarily on what is accomplished on the field, which was still pretty good.

Nuxhall has a place in baseball history, which will likely never be beaten.  In 1944 during the talent depleted World War II era, Nuxhall pitched two thirds of an inning at age 15.  While he still allowed five earned runs in that appearance, ask yourself what you did at 15!  The southpaw would return to the majors seven years later and back with the team where he set what seems like an unbreakable record.

Nuxhall would play all but one season with Cincinnati where he would be a middle of the rotation starter who was good enough to go to back-to-back All Star Games in 1955 and 1956.  He would finish his Reds career with 130 Wins, a very good number regardless of the era.  Following his retirement as a hurler, he would become even more popular in Cincinnati as the team’s broadcaster for over 30 years.  “The Ole Lefthander” will always be a celebrated figure along the Ohio River.