This page generously sponsored by: Paul Carchidi
If you'd like to help us out by sponsoring a page, you can become one of our Patreon Patrons by clicking here!
Tweet 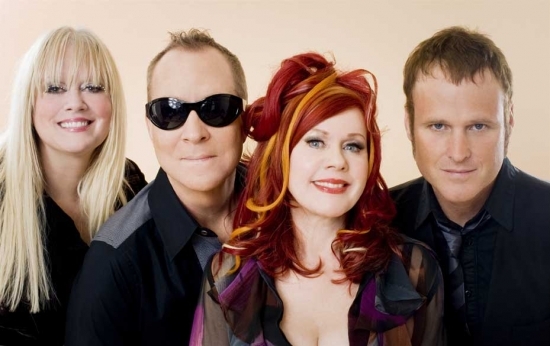 Sometimes, you can’t associate music to a region. Coming from the American South, The B-52’s redefined what music was supposed to be from there. Then again, nothing was ever typical with the B-52’s.

Arriving in the late 70’s with their retro chic look, The B-52’s also had a sound as unique as their appearance. Their music had trace elements of Disco and with driving surf guitars and unique interchanges between the three singers they created a danceable New Wave style that was as eccentric as it was fun. Although they meet the Hall’s key requirement of innovation, their campy lyrics and look may overshadow what is a real solid Rock band.

Kate Pierson has made some songs by other people big

!!!!
Quote
+5 #1 Musicologist999 -0001-11-30 00:00
On the downside, the B-52's songs are pretty meaningless, lyric-wise. And naming Yoko Ono as a musical influence is BAD. BUT....the B-52's are, and always have been, a party-music band, and they are arguably the world's best party-music band. Their music is designed to get you up on your feet and dance, dance, dance. And, for the most part, they succeed. The B-52's are FUN! They're kooky, they're appealing, and they'll certainly get you grooving in no time. (And I also happen to think that "Bounci ng Off The Satellites&q uot; is an underrated gem in their catalog). The B-52's are cool in my book, and putting them in the Hall Of Fame would be fun.
Quote
Refresh comments list
RSS feed for comments to this post