Considering the amount of Progressive Rock bands on this list and the lack of Progressive Rock representation in the hall we have often wondered if any of them will ever get through. Despite the relatively high ranking we are giving King Crimson and the high regard they are held in many circles, this is likely not the band that will break down the door for the rest of the genre.

Although it is often debated whether King Crimson is the ground zero for Progressive Rock’s birth, there can be no argument that they are definitely one of the genre’s forefathers.  Granted, this is a band that even in their heyday received little airplay and even today are hard pressed to be found on Classic Rock stations around the dial, but commercial success was never what defined them. Guitarist Robert Fripp (The only constant member in King Crimson’s ever changing lineup) stated that “King Crimson is a way of doing things”. A great quote, as the band was (and still is) about experimenting and pushing the limits of whatever musical style they decide to tackle. Like others on this list the genre of Progressive Rock must be first acknowledged by the Hall before they get a decent shot.

Should King Crimson be in the Hall of Fame?

Should King Crimson be in the Hall of Fame?

Buy your Tickets to see King Crimson at Union Bank & Trust Pavilion in Portsmouth, VA HERE for as little as $! 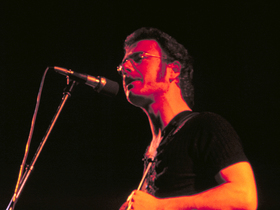 KING CRIMSON AT MANN CENTER FOR THE PERFORMING ARTS IN PHILADELPHIA, PA

Buy your Tickets to see King Crimson at Mann Center for the Performing Arts in Philadelphia, PA HERE for as little as $!

Buy your Tickets to see King Crimson at Ukrainian National Home in New Brunswick, NJ HERE for as little as $!

KING CRIMSON AT FILENE CENTER AT THE WOLF TRAP IN VIENNA, VA

Buy your Tickets to see King Crimson at Filene Center at The Wolf Trap in Vienna, VA HERE for as little as $!

+2 #6 Xiyu 2017-12-16 04:12
Any ranking that does not list King Crimson as one of the greatest bands of all time clearly has methodologic al problems.
Quote
+11 #5 Carl Hardy 2014-06-30 19:53
King Crimson is a giant in the Progressive Rock field. A field that Rolling Stone magazine (who controls the RRHF) is not particularly fond of. Robert Fripp is a genius and deserves to be in by himself. The intricate sound of King Crimson is truly amazing. The themes of their music is wonderful to consider from album to album. This band makes you think. They make you feel something different than any other band. They are mind music. I am somewhat confused as to why they are not more considered by Rolling Stone magazine (which we know controls the RRHF), since Rolling Stone gave their albums good reviews for the most part and seemed to like them. Maybe Rolling stone should wake up and re-listen to the King of Progressive Rock, King Crimson.
Quote
+10 #4 EverestMeisterNeg1 -0001-11-30 00:00
King Crimson has always been one of my absolute favourites. And incredibly unique too, they deserve induction.
Quote
+9 #3 Sean -0001-11-30 00:00
Of course. They're only not in because the Hall doesn't like progressive rock and they were never popular to boot. They'll probably need to wait for Yes and Rush (probably less groundbreaki ng but more popular), but I expect them to get in if for no other reason than spinning off the members of ELP, Foreigner, Bad Company, and Asia. I disagree with DDT's assessments of those bands. ELP was innovative in being the one prog band that was extremely piano-centri c, and Foreigner, Bad Company, and Asia aren't Hall-worthy but do have some great singles. Obviously in addition to that influence, they also themselves influenced Rush and Yes, and even '90s alternative bands like Nirvana and Tool. Honestly, Rush is the only prog band that might deserve it more (since I'd say Rush started progressive- metal, while I'd say The Moody Blues, not these guys, started progressive- rock).I expect these guys to get in, but the way the Hall doesn't like to even nominate prog acts, it'll probably take a decade.
Quote
+8 #2 Darryl Tahirali -0001-11-30 00:00
If King Crimson were to be inducted into the Hall of Fame, it is tempting to ask, "Which one?" This band has undergone many incarnations and correspondin g stylistic shifts, with founding guitarist and composer Robert Fripp the only constant throughout its long and varied career. With precious little commercial recognition, and not even widespread critical acclaim, King Crimson would have to impress Hall voters with its innovation and longevity, and I'm not sure that would be enough to warrant induction into the Hall.I say this as a long-time Crimhead, biased enough to think that the band
Quote
+8 #1 Musicologist999 -0001-11-30 00:00
King Crimson do not have huge album sales or hit singles, they have ever-revolvi ng line-up changes with only Robert Fripp remaining constant, and yes, there's the Progressive Rock tag. But they are one of THE most influential of all the Prog bands, and their fanbase is a big one. And if the Hall voters were actually to dip into the band's albums and actually LISTEN to them, they would discover that King Crimson is NOT a typical Prog band, whatever that means. THIS band is unique. Their music is original, intelligent, and they've definitely got the musical chops. Show some respect to the mighty King Crimson! (And regarding which line-up of King Crimson to honor alongside Robert Fripp, I guess it would have to be the original "In The Court Of The Crimson King" line-up with Greg Lake, as well as Bill Bruford, John Wetton, Adrian Belew and Tony Levin. That should cover it.)
Quote
Refresh comments list
RSS feed for comments to this post