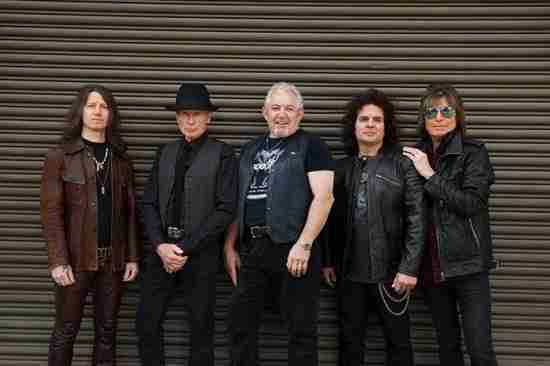 A band that bridged the timeline from the first wave of Hard Rock to the next wave of British Heavy Metal, UFO is a top candidate on this list for having the most devoted fans. During their run, UFO managed to crack the American market and their brand of aggressive Rock garnished them acclaim and a multitude of devotees. With the amount of Metal acts that have cited them as an influence it would seem that they would have a shot, but in all likelihood the big names they helped to inspire will have to get in first.

Should UFO be in the Hall of Fame?

0 #5 rocker 2017-10-22 23:01
Eddie Trunk,
favorite Band! Michael Schenker is a great Guitar player. (problem is they have no shot especially when Priest & Maiden arent even in yet.
Quote
0 #4 john peter 2017-10-05 18:09
I am in a total bind.There is nothing on earth I love more than music. Not alcohol, not drugs, not sex or anything else.If I knew as much about the SCRIPTURES as I do about rock music I would be the bloody POPE.UFO are one of the best bands on this earth.This is not an opinion, it is a simple fact.Stop this outrage and induct them now.It is rock at its finest.And they have been around since rock was young for heaven's sake.
Quote
0 #3 john peter 2017-10-05 17:57
Quoting Adam Wilson:

If UFO gets in, I bet anything that Kirk Hammett will induct them!

This is too much for me to absorb.Where is the outrage UFO are not in?I will never visit Cleveland until they are in. What a farce.
Quote
0 #2 john peter 2017-10-05 17:52
Honest to god this band is so damn great,how can it be they are not in.As far as I'm concerned it is no HALL OF FAME at all until they are in.That this band is not in absolutely sickens me.This is pure unadulterate d outrage.I am so angry I cannot think.I cannot put into words how fantastic this band is.I am so deeply grateful for their music I could almost OD.I feel a complete level of ignorance at the top for omitting this band.The only word that comes to mind is .......SACRI LEGE
Quote
+1 #1 Adam Wilson 2016-05-10 21:05
If UFO gets in, I bet anything that Kirk Hammett will induct them!
Quote
Refresh comments list
RSS feed for comments to this post