This page generously sponsored by: Nobody yet! Sponsor it on Patreon to be the first name on this list!
Embed from Getty Images
When the Alternative scene exploded into the mainstream many pointed to Seattle as the origin of it all. Funny, how many of those bands pointed back East to the Pixies as the group who was really responsible.


With Pop hooks laden with jagged start stop motions and roaring guitars, the Pixies were unlike any other band of their time. This was a band that simultaneously followed the rules of Rock and Roll construction yet broke them at the same time. Virtually every Alternative act of the 90’s pointed to the Pixies as a major influence and though they were not the band that became a household name, they paved the way for many who did. Incidentally, it is these facts that could see the Pixies as a first ballot entry or perpetually omitted from the Rock and Roll Hall of Fame.

Should Pixies be in the Hall of Fame?

Should Pixies be in the Hall of Fame?

PIXIES AT HOUSE OF BLUES - ANAHEIM IN ANAHEIM, CA

Buy your Tickets to see Pixies at House of Blues - Anaheim in Anaheim, CA HERE for as little as $84! 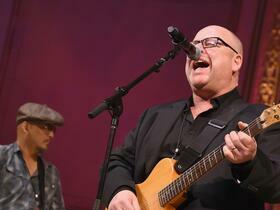 PIXIES AT THE WILTERN IN LOS ANGELES, CA

Buy your Tickets to see Pixies at The Wiltern in Los Angeles, CA HERE for as little as $81! 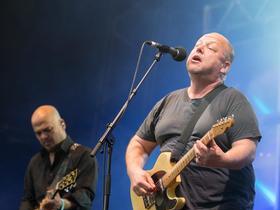 Buy your Tickets to see Pixies at Terminal 5 in New York, NY HERE for as little as $97!

+6 #2 JD Mo 2015-09-17 10:55
Saw both the Pixies and the Replacements this summer. The Replacements show was sold out, packed to the point that getting out of the hall concert hall was a bit scary. The audience was with the Mats every note, and they played great. Westerberg could have sat out every chorus and just listen to the fans singing them. A great night. The Pixies was nothing like this as well as they played, and the vast majority of the audience had no idea what "Vamos" was when they played it. An OK night. The Replacements will never get in the Rock hall, and neither will great American bands like X or Sonic Youth, but I get the feeling the Pixies will be in there within the next few years. Why is that? These are all bands that aren't supposed to give two shits about the Rock Hall.
Quote
+8 #1 biograph 2013-05-12 08:47
They just became eligible. In a better world (or a better Hall), they've would've been in in 2013 (25th anniversary of Surfa Rosa). Like The Smiths, maybe they're just too cool for the damn thing.
Quote
Refresh comments list
RSS feed for comments to this post