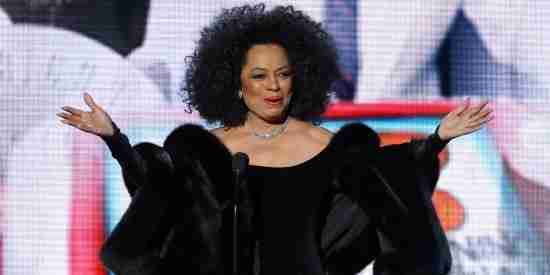 The term “diva” is a common used term these days. Sometimes the connotation is positive, sometimes negative, but for the legend named Diana Ross (who has been called the first Pop diva) both connotations may have been accurately applied.

Diana Ross is already deservedly in the Rock and Roll Hall of Fame with the Supremes. Upon leaving that trio, Ross continued her successful ways recording chart topping albums and branching into a moderately successful film career. Continuing with Soulful music that breached into the Adult Contemporary field, Diana may have been at her best when she was among those who melded R&B and Disco in the late 70’s. Although her later work was primarily as an Adult Contemporary star, Miss Ross could be considered a worthy candidate for a second induction.

Should Diana Ross be in the Hall of Fame?

Should Diana Ross be in the Hall of Fame?

+3 #3 Dexter 2016-09-10 12:33
Diana Ross should be the first woman to have two inductions. The first problem is that jackasses always want to move you into adult contemporary when you get older. Listen to all her solo music, she is not a soul or dance music artist. Just because her skin is brown that's not going to work. She sings love songs and ballads and has had success with Last Time I Saw Him, Reach Out and Touch Somebody's Hand, If We Hold On Together. So don't try to fit her in a box with Aretha, Patti and the rest. She's a strong woman, a Diva. Always the double standards for females. Academy Award Nominee, Golden Globe Winner and Noninated for Out Of Darkness. Billboard Magazine named her Female Entertainer of the Century...th e hits after the Supremes. She should have been inducted before Ringo Starr.
Quote
+4 #2 manny lopes 2016-08-23 22:07
isn't she really already in. she sang lead on all supremes songs, so it's as if her solo career is just a continuation of that. I am sorry to say this, but Florence and mary were just back up singers to Diana. that's how berry gordy wanted it. you can't say it didn't work.
Quote
0 #1 jimmy26 -0001-11-30 00:00
If you combined her work with the Supremes and as a solo act Miss Ross may be the biggest female artist ever. But here we are just considering her solo work and even though huge she is in line behind a couple of more appropriate divas to get in. If Cher and Whitney do get in then I will be the first to yell let Diana in. This will probably never happen but at least she is well ahead of consideratio n of the country divas such as Dolly and Patsy and the more modern Mariah and Shania. If any of those four ever leapfrog Miss Ross then we have a problem.
Quote
Refresh comments list
RSS feed for comments to this post