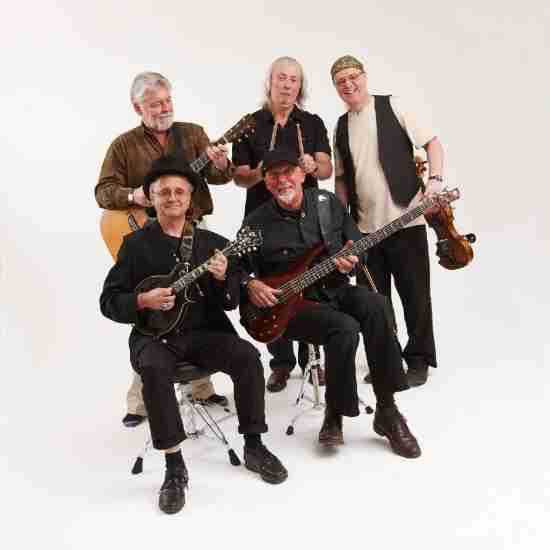 You would think that at some point in time the NIHOF committee would get a little tired of discussing British acts that were far more influential and successful in their own country than they did in North America. Maybe after a few years we may tire of this trend, but for now we will continue our list with unarguably the most important Folk Rock band from England, Fairport Convention.

The original inspiration for Fairport Convention’s music was that of the American Folk Rock bands such as the Byrds & Bob Dylan. After a few solid albums, they signed with Island Records, hired the distinctively voiced Sandy Denny and began to look towards the past. They reworked traditional British Folk standards and gave them an updated feel with modern instruments. This was the dawn of British Electric Folk and launched a Folk revival in the United Kingdom which spawned many other acts in the years to come. Though the critics did love them around the world, they probably did not make enough of a commercial dent to receive any serious consideration for the Hall.

They reinvigorated a genre in England.

They do not have enough name recognition in the United States.

Fotheringay (From What We Did On Our Holidays, 1969)

She Moves Through the Fair (From What We Did On Our Holidays, 1969)

Who Knows Where the Time Goes? (From Unhalfbricking, 1969)

Should Fairport Convention be in the Hall of Fame?

They left in 1970, actually. And second female singer.

Thanks for the clarificatio n, Journeybear. I omitted "female" in describing Denny, and my intention was to note that by 1972, both had already left the group. When each departed depends on which source you cite as I've seen various dates for each.

In any case, I agree that Fairport has a long wait to get into the Hall of Fame. I also agree that the RockHall's America-cent ric bias is a factor, as is the RockHall's inefficient, scattershot induction process.
Quote
0 #3 journeybear 2021-03-30 04:13
Quoting Darryl Tahirali:

They left in 1970, actually. And second female singer.

It's recently come out in a Richard Thompson interview that Sandy Denny was sacked - not sure why - and he feels badly about it. As well he should, from an outsider's perspective. Three albums released in 1969, each better than the previous - quite an achievement, and she had much to do with it. RT hung in for one more album, then he too left, for bigger and brighter things as a solo artist. That didn't pan out as well as he'd have liked, nor deserved.

FC is revered in the UK, rightly so. They still seem barely known in the US, more than fifty years on. With the HOF's bias toward American bands, with a few key exceptions (British Invasion, prog rock, Led Zep), their inclusion seems unlikely. Too bad. They were a great band. The British rock scene would not have been what it was without them.
Quote
0 #2 Darryl Tahirali 2017-09-13 23:59
Quoting P Smith:

Fairport Convention does not deserve to get in as a group.

Richard Thompson deserves to get in as a guitarist and solo artist. His ability to meld so many genres from so many eras (listen to his album "1000 Years of Popular Music") is unlike anyone I can name except perhaps Jools Holland or Joe Jackson.

Agree that Richard Thompson is more likely to be recognized for his solo work, which includes his great 1970s-early 1980s albums with then-wife Linda (I Want to See the Bright Lights Tonight, Shoot out the Lights), than is the band with whom he cut his teeth.

Fairport Convention did take a big hit when both Thompson and Sandy Denny, the band's second singer, had left by 1972. Both lent a distinctive presence as well as contributing at least one signature song to Fairport's catalog (Thompson's "Meet on the Ledge" and Denny's "Who Knows Where the Time Goes?"); it was Denny who urged the band to explore English folk, which became their keynote--and their intense version of the traditional "Matty Groves," driven by Denny and Thompson, must be one the band's high notes.

I've seen Fairport described both as the "British Band" and the "British Jefferson Airplane," exhibiting the rock-oriente d eclecticism of the former while, as with the latter, Fairport had a female lead singer, Denny, as distinctive as the Airplane's Grace Slick (and each had replaced a previous female singer). And Fairport was probably the most versatile and rock-oriente d of the Brit-folk "Big Three"--Fair port, Steeleye Span, and the Pentangle (leaving Jethro Tull aside for now)--althou gh Pentangle had tremendous instrumental firepower and Span could muster a head of steam when necessary (their "Thomas the Rhymer" had to have been an influence on Nick Cave).

All of which won't get them much traction for the Hall of Fame. Fairport foundered with the departure of Thompson and Denny, although Denny returned briefly in the mid-1970s. But if the commercially successful Jethro Tull hasn't even been nominated yet, Fairport has a mighty long wait on its hands. Of course, in Tull's case, it may just be an identity crisis. Are they folk? Progressive? Hell, Grammy voters thought Tull was heavy metal in 1989.

I saw Fairport Convention several years ago, with Simon Nicol and Dave Pegg the only survivors from the 1970s, in a very "cozy" venue. Fine show, if an echo of what once was. And the closing number? Thompson's "Meet on the Ledge," of course.
Quote
+5 #1 P Smith 2013-01-29 18:42
Fairport Convention does not deserve to get in as a group.

Richard Thompson deserves to get in as a guitarist and solo artist. His ability to meld so many genres from so many eras (listen to his album "1000 Years of Popular Music") is unlike anyone I can name except perhaps Jools Holland or Joe Jackson.
Quote
Refresh comments list
RSS feed for comments to this post