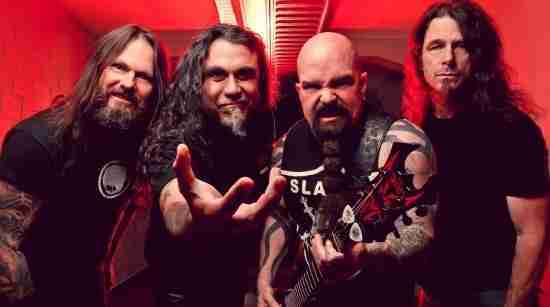 With the 2009 Rock and Roll Hall of Fame induction of Metallica many eyes looked to the other members of the “Big Four of Thrash Metal”. Does this pave the way for their induction? Time will tell, but the odds are that if any of the other bands in that elite group get in, Slayer is probably the group with the best shot.

Of the aforementioned four Thrash bands, Slayer has to be considered the “heaviest”.In addition to the rapid velocity in which they played and their shouting vocals; they sung of “dark” topics that touched on death, genocide, Nazism and Satanism.Not only is Slayer part of the “Big Four of Thrash Metal”, they have been considered to be a big influence on the Death Metal scene.Still together today, Slayer’s fan base remained strong as they never veered to far from their roots and never did attempt to “sell out” to approach mainstream success.Ironically, that could be the very thing that either puts them in the Hall or keeps them out.

Should Slayer be in the Hall of Fame?

Should Slayer be in the Hall of Fame?

+6 #1 kevin dell 2013-03-23 01:22
I and every single metal listener on the face of the earth would no doubt like to see the remaining three of the Big Four of Thrash follow Metallica into the Rock Hall as soon as possible!
Quote
Refresh comments list
RSS feed for comments to this post