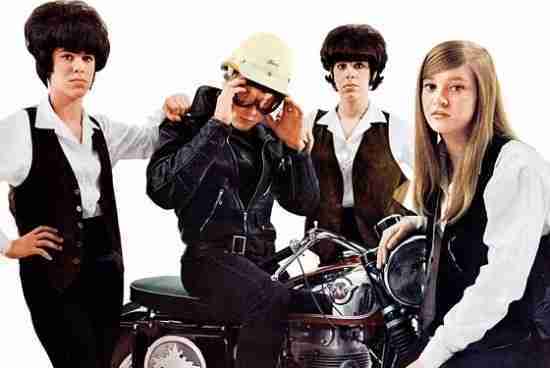 When the idea for a Rock and Roll Hall of Fame was first conceived many bands likely came to mind right away. Some artists who performed in the same era probably received no consideration at all as they were dismissed as juvenile and fluff. Some of those bands may very well fit that bubblegum image but others upon time have seen their image change and their influence grow. No other group sums up that statement better than the Shangri-Las.

The early 60’s saw many all girl groups emerge, but none were quite like the Shangri-Las. Unlike their contemporaries, they were an all white group which could look so sweet and innocent yet they sang about bad boys and bad situations. Their image allowed them to appeal to both genders and gave them a credibility that was not seen in other girl groups at the time. Over time their image which was once deemed campy has only increased as they have been cited by numerous Punk bands as a great influence in look, attitude and sound. With that in consideration, they may have a decent shot to get into the Hall despite their very brief careers.

Should The Shangri-Las be in the Hall of Fame?

Should The Shangri-Las be in the Hall of Fame?