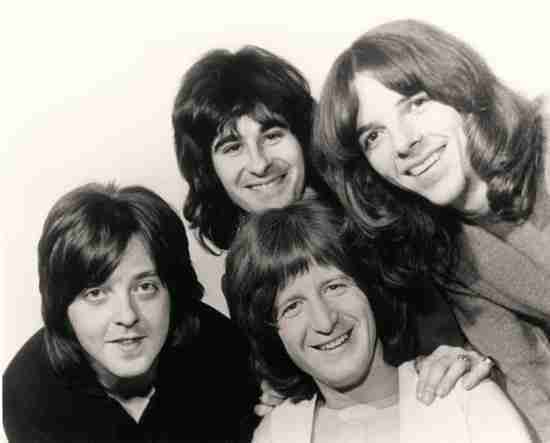 The comparison to the Beatles came quite naturally. Originally signed to Apple Records and with their first hit (Come and Get it) penned by Paul McCartney, it appeared as if Badfinger could pick up where the Beatles left off. The early 70’s saw them create albums that were considered to be part of the early Power Pop genre which also yielded some of the finest harmonies and craftsmanship of the decade. Sadly, with all the success they had, Badfinger received only a mere fraction of what they were entitled and amidst legal red tape they were disabled by the suicide of their creative leader Pete Ham. Okay, not exactly a career ended by concussions, but a career cut short and left wondering what could have been.

+6 #3 Paul 2015-04-20 17:57
They practically invented the power pop genre of rock with "No Matter What" – still one of the greatest power pop songs ever written and covered by many, many bands over the years. Pete Ham and Tom Evans could've been the Lennon-McCar tney songwriting team of the 70's had bad management not got in the way. No Dice and Straight Up remain to this day two of my favorite albums of the early 70's.
Quote
+2 #2 R Hugh Sirius 2015-01-11 01:24
Wrong finger.

Quote
+9 #1 Scott 2013-01-18 20:37
Even this article and voting failed to give Badfinger the credit it deserves. They contributed to the Harrison album "All Things Must Pass" and "The Concert for Bangladesh". They sang back-up on the Ringo Starr song "It Don't Come Easy". Their songs still receive a lot of airplay and are covered by musicians to this day. Can't say that as much about Grandmaster Flash. Pete Ham was one of rock music's great composers.
Quote
Refresh comments list
RSS feed for comments to this post