Dodger Stadium to have a Sandy Koufax statue 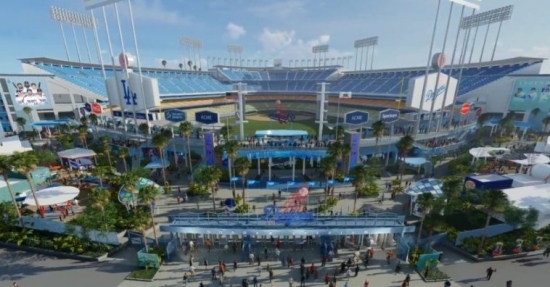 Regular visitors of Notinhalloffame.com know that we are slowly working on the top 50 of every major team in the NHL, NBA, NFL and MLB. Once that is done, we intend to look at how each team honor their past players and executive.  As such it is news to us that as part of the $100 million dollar renovation project at Dodger Stadium, a statue of Hall of Fame Pitcher, Sandy Koufax, will be erected.

The statue of Koufax will be the second one outside of Dodger Stadium as there is currently one of Jackie Robinson, which is currently in the leftfield reserve, though that will be moved to the new centerfield plaza.

Dodger Stadium is the third oldest stadium in Major League Baseball after Fenway Park in Boston and Wrigley Field in Chicago.

The Dodgers hope to have everything complete ahead of hosting the 2020 All-Star Game.

We here at Notinhalloffame.com are excited about the new changes to Dodger Stadium and for Sandy Koufax who has achieved another level of baseball immortality.

More in this category: « Mark Sanchez Retires Rodney Harrison believes there is a HOF bias against the Patriots »